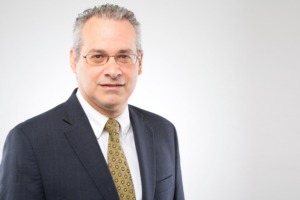 HBU Master of Arts in History

History, ah history. The schoolboy’s dread on the morning of the test. Or the flattering mirror of one’s own presuppositions. Political battering ram to push through a point…or a lifeless punching bag for one’s offended sense of moral rectitude. Make of it what we will, history in all its undying complexity remains today what it has always been: a vast undiscovered country to be explored by the sincere, hardy wayfarer who simply wants to know what happened, and why.

Genuine understanding of the past is uniquely human. Animals make only an instinctual use of the past. Your dog assuredly knows where his last meal came from, but the beloved beast goes no further. Only human beings, exercising Janus’s twin-faced virtue of prudence, are capable of both planning for the future and assimilating, reflecting on, and understanding the past. And remembering it. And passing on that memory to succeeding generations. But are we really so smart as that? C.S. Lewis once described the past as a “a roaring cataract” of billions of moments, most of which permanently escape human memory almost as soon as they occur. We hold out cups, as it were, to capture a few precious sprays of human experience before the mighty waters cascade past us forever. That might not seem like much, but careful study of even a small volume of water may tell you whether a city of thousands is being well-hydrated or slowly poisoned by a contaminant. We believe we can acquire knowledge of the past, authentic and valuable, though incomplete, and be enriched by it in our pursuit of wisdom.

But these are unquestionably hard times for the study of history. The ongoing controversy over historical monuments has exposed not only disagreement about the substance of American history but also contention and uncertainty over the relation between past and present. A larger problem by far, however, lies with American colleges and universities. They play a central role in the development, preservation, and dissemination of historical understanding, but they have been faltering in that role. Many colleges and universities have eliminated history courses as requirements for a bachelor’s degree. Every year, thousands of American students graduate without any college-level classroom exposure to history.

The loss of contact with the history of Europe and the United States is especially disconcerting. For we Americans, both native-born and immigrant, of whatever race, ethnicity, religion, or political creed, are children of the West. And yet many of us are now alienated from our own family line, disinherited. We have become, in the piercing phrase of African-American writer James Baldwin, “bastards of the West.” Our cultural heritage goes unclaimed. Large swaths of the history of Western Civilization, stretching from classical antiquity to modern Europe and America, lie untouched by thousands on our college campuses. As early as 2010, one study found that only one of 125 leading American colleges and universities required a course in Western Civilization.[1] American history fares little better. Another more recent study found that only 18% of more than 1,100 American colleges and universities include U.S. history (or U.S. government) in their general education requirements.[2] Not surprisingly, a survey finds that a majority of college graduates leave campus unable to identify the Battle of the Bulge as part of the Second World War or the impact of the Emancipation Proclamation. One-third do not know who introduced the New Deal or when the Civil War occurred.[3]

One might expect history majors to bear the burden of remembering, but most of the nation’s top schools do not require American or European history even for history majors.[4] Instead, majors are allowed to select history courses from a variety of chronological, geographical, and topical categories. In this expansive train station of choices, the track that takes one through the long, bracing story of our own civilization, growing and struggling for centuries on both sides of the Atlantic, is all too easily overlooked. To make matters worse, there are fewer history majors around to even board the train cars. The number of undergraduate history majors in the United States decreased by one-third from 2008 to 2017.[5]

How we reached this unhappy state of affairs is a story long in the telling, and I will not attempt to tell it here. I wish instead to point out a way forward. At Houston Baptist University, we have created a new graduate program, the Master of Arts in History (MAH). Our MAH is an act of cultural recovery, of restoration and renewal. It focuses on the history of Western Civilization. We do not deny the importance of civilizations other than the West; these have their own histories, independent of but also frequently intersecting ours. We applaud the immense growth in cross-cultural knowledge that American colleges in recent decades have labored to transmit to each fresh generation of college students. And yet we believe in Western Civilization not only as a living historical reality, but as preeminently our historical reality. And we see the study of the West as an act not of insularity or arrogance, but of patriotism. For patriotism, the preferential love of one’s own, does not make superiority the basis of the preference, but possession and identity. We study the West not because it is best, but because it is ours, and because it is us.

Our MAH courses, therefore, center on the history of the West, from its origins in the ancient Mediterranean world and the achievement of the Greeks and Romans; to the rise of medieval Europe and the era of the Renaissance and Reformation; and finally from the early modern era to the founding and growth of the United States, true and legitimate child and heir of the West. The program consists of 30 credit hours (10 courses) with both thesis and non-thesis tracks. Graduates of the program will be qualified to teach high school and introductory college courses in European and American history. They will also be prepared to move forward to doctoral studies which, for the moment, will have to be carried out at other institutions. Above all, our MAH graduates will be invaluable co-laborers in the fields of cultural renewal, gathering up what has been lost and bringing it all back home. We welcome the interest and support of readers of The Pillars in this new endeavor.