The Curmudgeon has always been aware that there are people in both Oklahoma and Texas who are anxious for news that he sleeps with the fishes. So far, he has managed to frustrate such vindictiveness. In other words, he has been watching his DVDs of Francis Ford Coppola’s Godfather trilogy. 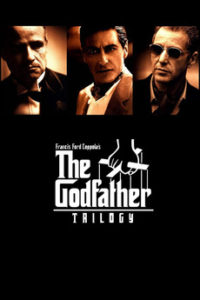 The first two films were like a shotgun in the face. By the early 1970s, very few Americans, other than the late J. Edgar Hoover, disbelieved in the existence of organized crime. Those films were shocking for their violence, but they also caused us to realize that gangsters, no matter how brutal their actions, could be all too human. Vito Corleone might indulge in all sorts of vicious and vindictive violence, but his grief over the dead Santino and his love for his first grandchild re-humanize him.

Until the theaters reopen, let us hope someone gives the coronavirus an offer it can’t refuse.