The Curmudgeon has always liked that expression, “May you be doomed to live in interesting times.” We are living through some very exceptional times, and gloom and doom do pervade the atmosphere. Watching the various demonstrations and memorial services for the late George Floyd has been as cathartic as anything in the Curmudgeon’s recent memories. 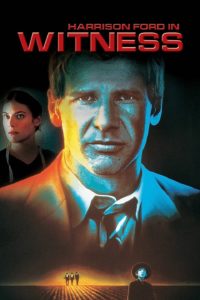 One of the most memorable moments was the appearance of several Mennonites at one of the demonstrations against police violence. It brought back vivid memories of the Harrison Ford film, “Witness.” Ford portrayed an honest policeman trying to protect an Amish child who witnessed the murder of a witness by a corrupt cop. Danny Glover was at his snarling best as the murderous cop, but the audience soon learned that the corruption had reached the highest echelons of the police department. Those who should have helped protect the innocent child were intent on removing him and his protector from the face of the earth.

The climax of the film is still powerful as the Amish stop a looming massacre by interposing themselves between the killers and the child. Even with the rescue of the child, the film is bittersweet in that Ford’s honest but worldly policeman cannot have a happy relationship with a deeply spiritual Amish woman. Even the crustiest curmudgeons hoped for a sequel in which the secular and spiritual worlds could somehow come together, but no such sequel has ever appeared.