A year or so ago, the Curmudgeon needed some lighter-than-usual reading and decided to reread the Tom Clancy volumes. I say “light” even though most of the books are so thick they can break your wrists if you hold them too long; the books move quickly. By coincidence, I was about to start “Without Remorse,” one of the few Clancy books not about Jack Ryan or Jack Ryan Jr., when I learned that a film adaptation of the book is due later this year (if the theaters ever reopen). 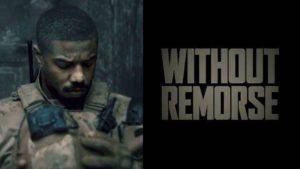 The book is set during the Vietnam War and resembles the “Rambo” films in many ways; the protagonist is John Kelly, better known in the Ryan novels as Mr. Clark, a very violent man with a highly developed moral streak. Willem Dafoe did a good job as Clark in the film version of “Clear and Present Danger,” but the new cast is radically different. I will go see the film if it ever arrives here, but I may wince at the seeming liberties taken with the original story.

All this brings up the question of who is the best Jack Ryan. Some prefer the young Alec Baldwin (“Hunt for Red October”), while others insist that Harrison Ford (“Patriot Games” and “Clear and Present Danger”) will never be surpassed. Chris Pine played a young Ryan in “Jack Ryan: Shadow Agent,” but Kevin Costner stole that picture from him. We now have a new Ryan, John Krasinski, in a series running on one of those streaming services; I saw the DVDs of the first season and I admit that I was impressed. The key to the character is that he always retains his integrity, a rare commodity these days.

Ryan may eventually have more actors portraying him than James Bond.