I spent Saturday, April 20, indulging in a double feature. I can’t say that my time was well spent with either feature. 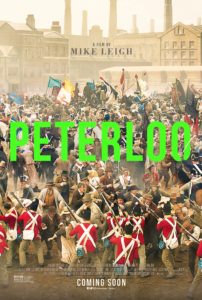 I started with “Peterloo,” a film about a brutal incident in 1819 when British troops fired on strikers. I first heard about the Peterloo Massacre in the summer of 1951 when I read Charles Dickens’s “Barnaby Rudge,” one of his lesser works. I don’t think the massacre was ever mentioned in my high school or college history classes, but the story did stick in my mind. 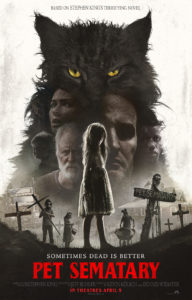 This film is not as informative as it could be; it is also intensely partisan. There is very little character development and the film ends with no explanation of which characters survived or how the British public reacted. The costumes and sets do seem accurate, but nothing pulls the film together. It is almost as if we are watching incomplete reels of footage.

My second film was low on my priority list, but I was curious about the remake of “Pet Sematary.” This is an unnecessary film; the first was not as scary as it could have been; this version is bloodier, not better.

I should have saved my money.