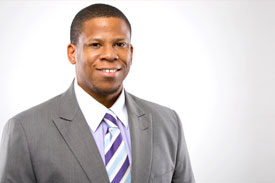 Patrick Moore, director of Instrumental Studies and Bands, presented at the Florida All-State Teacher In-service Music Education Conference in Tampa, Florida on Friday, January 13, 2017. As a result of his successful presentation, Professor Moore has been invited to present at next year’s conference.

On Monday January 16, 2017, the HBU Band participated in the 23rd annual Martian Luther King Jr. Grande Parade – Houston in downtown Houston. The HBU band was one of thirty bands that performed in the parade, which was attended by thousands of spectators. The MLK Grande Parade is the third largest parade in America, behind The Rose Parade and The Macy’s Thanksgiving Day Parade.