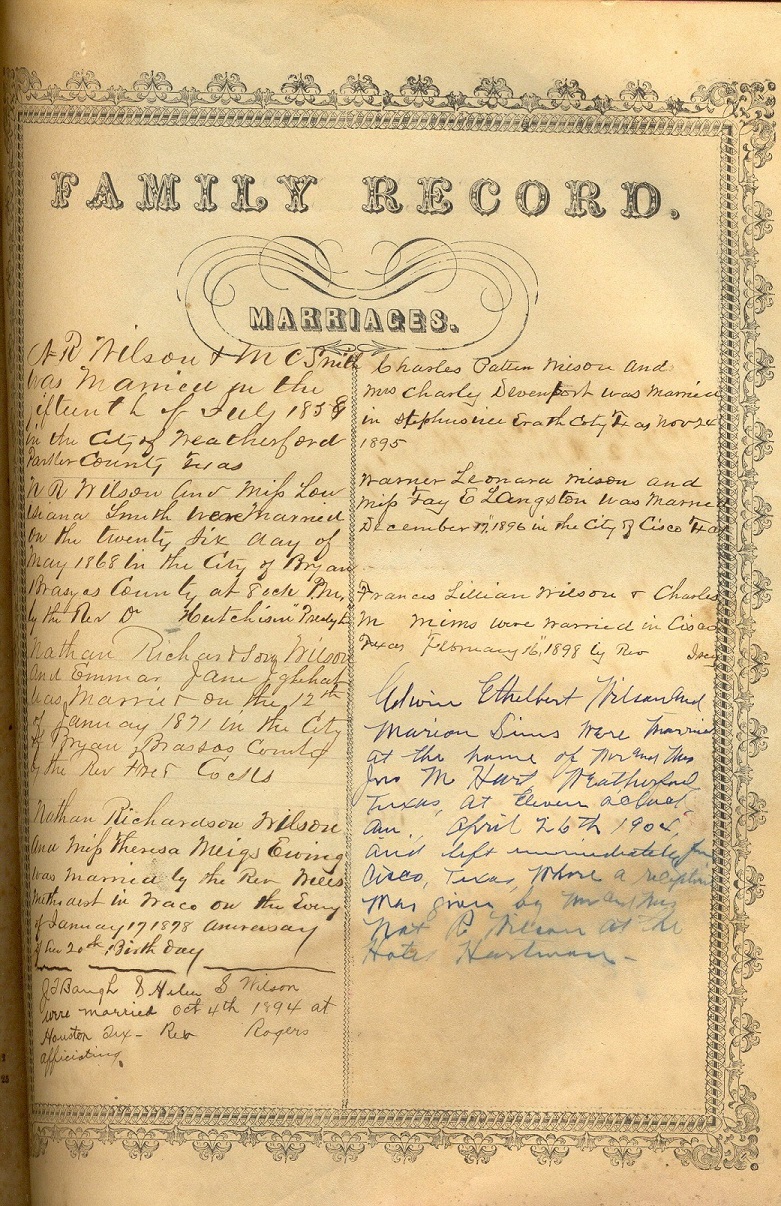 on Miscellaneous page of family records, probably by N.R. Wilson:

This year will long be remembered by many of this and adjoining Counties on account of Yellow fever.  I had seven cases in my family five Whites and two B(??)  My wife being confined at the time of fever.  One hour after she was the Happiest Woman that I have ever seen but Congestion had taken place in her lungs and there was no saving of her.  1867 8th day of October.