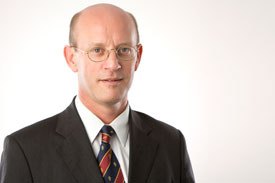 Dr. Ward’s principal area of research is in theological imagination, particularly the intersection between narrative art and the expression of Christian experience and Christian doctrine.  Within this framework he has a special interest in theodicy.

Other publications can be found listed at: www.michaelward.net

Dr. Ward has an Honorary Doctorate in Humane Letters from Hillsdale College, Michigan (2015).  He received the 2011 Scholarship Award in Inklings Studies, given by the Mythopoeic Society, for his book Planet Narnia.

Dr. Ward lives in Oxford in his native England, but visits the United States frequently, where he has lectured in over thirty of the fifty states, including at the universities of Harvard, Yale, Princeton, Stanford, Chicago, and at the Library of Congress.  His articles have appeared on the cover of Christianity Today, Touchstone Magazine, and the Christian Research Journal.  He is an editorial board member of Seven: An Anglo-American Literary Review, The Journal of Inklings Studies, and Sehnsucht: The C.S. Lewis Journal.  He presented the BBC television documentary, The Narnia Code, made by the BAFTA-winning director, Norman Stone.  He serves on the Advisory Board of the Wade Center, Wheaton College, Illinois, and as chairman of the trustees of the G.K. Chesterton Library, Oxford, England.  On the fiftieth anniversary of Lewis’s death, Dr Ward unveiled a permanent national memorial to him in Poets’ Corner, Westminster Abbey, London.