What you will learn in this webinar: 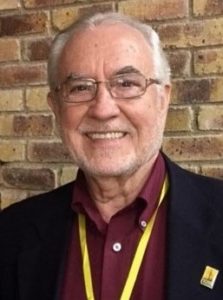 Jerry Wiles serves as the North America Regional Director, International Orality Network, President Emeritus of Living Water International, and Mission Advisor with Missio Nexus on Orality Methods and Strategy. He has more than 40 years of experience in ministry, business and international mission work. He is an author and radio program producer and has been a frequent guest on radio and television talk shows and traveled extensively as a public speaker. Jerry is a United States Air Force veteran, former businessman, pastor, and university administrator. He and his wife, Sheila, have two grown children and seven grandchildren.