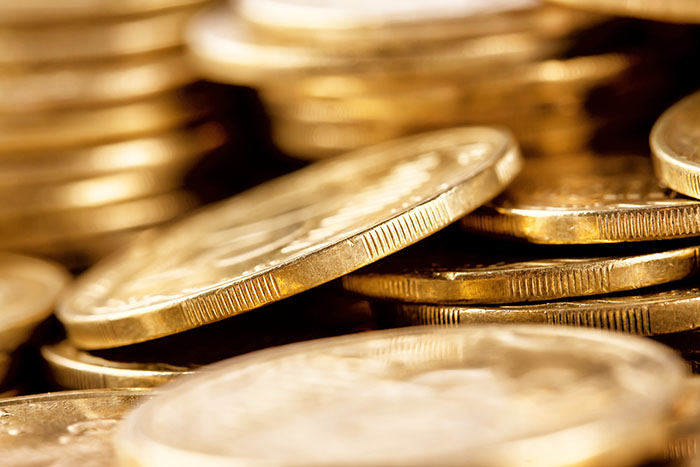 It’s not what money can buy, but how people use their wealth that brings happiness say two academics cited in a Wall Street Journal report.[1]

Professors Ryan Howell (San Francisco State University) and Thomas Gilovich (Cornell) arrived at the same conclusion independently. There is a “huge misforecast,” says Prof. Howells. “People think that experiences are only going to provide temporary happiness,” so they continue purchasing tangible items believing them to be more useful over a longer period of time.

But because of the way we adapt to material goods, says Prof. Gilovich, it is not “psychologically true” that we are happier spending our money largely on material goods.

In fact, says the Journal report, the findings show that “giving money away makes people happier than lavishing it on themselves.”

It would appear obvious that “people with higher incomes are, broadly speaking, happier than those who struggle to get by,” according to the WSJ story. However, digging deeper—as the psychology professors did—unearths the surprising truth about money and happiness.
Actually, the “deep dig” into the human psyche and its relationship to wealth only confirmed what the “transcendent” perspective long ago revealed.

Musing about the “imminent” (the horizontal, up-close, on the planes of time and space) versus the “transcendent” (the vertical that is above and beyond the natural world) is not just the seemingly incomprehensible ponderings of theologians and philosophers. As corporate ethics shot into view through collapse of big companies in recent years, business leaders started thinking about ultimate morality and high standards. Some began raising their intellectual eyes “upward” to understand what principles had been violated, resulting in disaster.

This has been true, even, for whole cultures and their nations. In a famous speech, Russian dissident Aleksandr Solzhenitsyn said that

More than half a century ago, while I was still a child, I recall hearing a number of older people offer the following explanation for the great disasters that had befallen Russia: Men have forgotten God; that’s why all this has happened… Since then I have spent well-nigh fifty years working on the history of our Revolution; in the process I have read hundreds of books, collected hundreds of personal testimonies, and have already contributed eight volumes of my own toward the effort of clearing away the rubble left by that upheaval. But if I were asked today to formulate as concisely as possible the main cause of the ruinous Revolution that swallowed up some sixty million of our people, I could not put it more accurately than to repeat: Men have forgotten God; that’s why all this has happened. [2]

Solzhenitsyn’s concern was that the political and economic philosophies of the Soviet state excluded the transcendent altogether. Many regard the Bible to be the transcendent authority for ethics, and now the research is showing that what it said about money thousands of years ago is enduring and practical truth for now.

Stewardship trumps undisciplined spending, according to the Scriptures. That’s another way of saying that it’s what we do with our money that counts more than what we accumulate through it. Stewardship occurs only in the context of the transcendent because stewardship is about accountability, and accountability is very much a part of transcendence. “Without vision, the people cast off restraint,” says a literal reading of Proverbs 29:18. Without transcendent vision regarding wealth financial dissipation, waste, and dissatisfaction result.

Thus the prioritizing of imminent and transcendent is about getting the vertical and horizontal in proper relationship. Without the two, the “thickness” of meaning and purpose is lost. The philosophy of money cannot be whole and complete unless it is three-dimensional: transcendent truth plus imminent wealth plus transcendent meaning and purpose equals a three-dimensional holistic philosophy of money and its use.
And, as Professors Howell and Gilovich have proven, greater psychological happiness.

The Prophet Haggai received the truly transcendent perspective on money and happiness, and wrote:

Through Haggai, God was addressing people frustrated though wealthy. The more they accumulated the greater their dissatisfaction. The problem was they were viewing their use of money strictly on the horizontal, imminent scale.

Jesus spoke of the futility of it in a famous parable:

“The land of a rich man was very productive. And he began reasoning to himself, saying, ‘What shall I do, since I have no place to store my crops?’ Then he said, ‘This is what I will do: I will tear down my barns and build larger ones, and there I will store all my grain and my goods. And I will say to my soul, “Soul, you have many goods laid up for many years to come; take your ease, eat, drink and be merry.”’ But God said to him, ‘You fool! This very night your soul is required of you; and now who will own what you have prepared?’ So is the man who stores up treasure for himself, and is not rich toward God.” (Luke 12:16-21 NAS)

The life of stewardship arising from a philosophy of wealth that connects transcendent truth with the imminent application is the one that is “rich toward God,” and brings the most happiness in the use of money.

The ancient Bible says it and contemporary research proves it.

Wallace Henley, a member of the Board for HBU’s Center for Christianity in Business, is Senior Associate Pastor at Houston’s Second Baptist Church, and a former White House and Congressional aide. His book, Globequake (Thomas Nelson/Harper-Collins) shows how to manage change using biblical principles.

[1] “Can Money Buy You Happiness?” By Andrew Blackman. Retrieved from http://online.wsj.com/articles/can-money-buy-happiness-heres-what-science-has-to-say-1415569538.
[2] Retrieved from http://www.roca.org/OA/36/36h.htm.
Center for Christianity in Business
Signup to receive access to all past issues of the Christian Business Review Journal plus two new “Christianity in Business” articles each month
Browse article archives
Search
Tuition and Aid
Request Information
Visit Campus
Apply Now