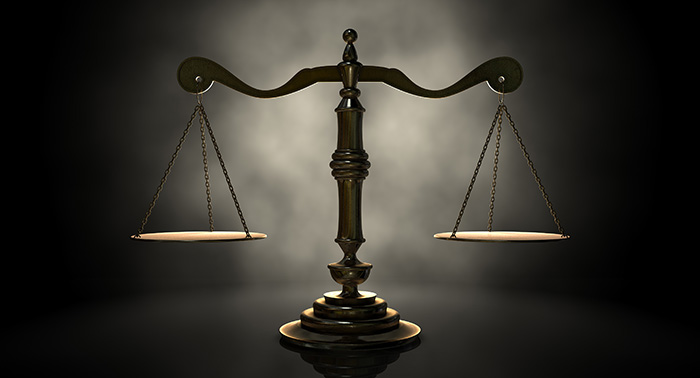 In 1970, as a 29-year old, I became a junior aide in the Nixon White House and collided immediately with moral and ethical issues that both challenged and frightened me.

I learned quickly that power and its use is the ultimate issue of morality. My three-year journey through the White House confirmed what I had seen in the Bible: the serpent’s temptation of Adam and Eve boiled down to how they would use the freedom God had given them.

Free will is basic to power. Had God created us as robots without volitional freedom we would never have to decide about how we would use power. There would be no moral-ethical choices for us because we would have been preprogrammed according to one set of values only. But because we are free agents we must consider the “lever” of freedom God has granted us, and how we employ it.

Thus I came to the conclusion more than 40 years ago that all moral-ethical questions revolve around power and the guidelines we must recognize for its proper use.

This is an immensely important issue for business. It impacts the mega-concerns of product-service quality, customer relations, employee concerns, finance, and management styles, to name a few. This means that in a corporate context leaders must delineate between “morality” (which I use mainly to refer to personal value choices and moral behavior) and “ethics” (which I employ to talks about institutional values and behavior).

Thus, as a “young tiger” in Washington, I was forced from day one to think seriously about my personal moral code and, at the same time, the ethical environment in which I was so suddenly immersed.

How did I do that? Where the criteria come from that enabled me to make judgments about the Washington and White House ethical zone where I would work many hours every day? Where did I discover standards that would guide my moral choices within the ethical (or non-ethical) thought and practice of the world I entered every morning?

Within my first months in the Nixon White House, I formed a moral code consisting of three primary principles (more would follow in the months and years to come):

But, again, where did I get this moral code that would hopefully protect me and contribute to the ethical quality of the corporate world in Washington generally and the White House specifically?

Biochemistry is a major factor, according to a recent CNN report (“How your brain makes moral judgments,” March 27, 2014), Elizabeth Landrau wrote about research into how our brains make moral judgments. “What determines moral blame is not how bad the outcome is, but mostly what is going on in the minds of the actors (the people acting out a harmful or inappropriate behavior),” said MIT researcher Rebecca Saxe, quoted in the CNN report.

That is, blame is attached when an individual “feels” a particular act is immoral. This conclusion would seem to support the idea of moral relativism and the equivalency of rightness of moral choices an individual may “feel” is right.

The problem is this theory won’t hold in the corporate and institutional world. The Nixon White House is a prime example. All the people I knew there who were later convicted of Watergate-related crimes felt that breaking and entering, attempting to steal information, lying, and other actions were right because they felt such choices were essential for saving the nation. Some thought the break-in at the office of a Vietnam critic who was releasing sensitive information to The New York Times might compromise the US negotiating position with the North Vietnamese.

Moral and ethical choices were made in such a context, and the “actors” believed unlawful acts constituted the greater morality. The courts and significant parts of the nation disagreed. At this point at least, Nixon’s postmodern critics coalesced around the idea there is objective morality and that blame should be affixed irrespective of how the perpetrator felt about.

Years later, Enron’s Ken Lay would woefully acknowledge his own lack of realization that actions taken by some of his key managers were ethically amiss. Again, the courts ignored Lay’s remorse, and found him guilty. Lay died before he could serve a term in jail.

Even researchers quoted in the CNN report acknowledged that the brain was merely seeking to frame subjective judgments about what might be moral or immoral. In this sense, the brain is more a questioner, seeking parameters for making moral choices. Cognitive scientist Vilayanur Ramachandran described it elegantly:

The brain is a 1.5-kilogram mass of jelly, the consistency of tofu, and you can hold it in your hand, yet it can contemplate the vastness of space and time, the meaning of infinity, and the meaning of existence. It can ask questions about, ‘Who am I?, ‘Where do I come from?’, questions about love and beauty… (National Review Online, March 28, 2014, on a review of Thinking: The Science of Decision-Making, Problem-Solving, and Prediction, Edited by John Brockman.)

But what the individual brain cannot do is establish absolute and universal moral principles. It can only make judgments based on its own wiring, the individual’s cultural context, and early formative influences.

C.S. Lewis, in his book, The Abolition of Man, wrote about the universal and absolute moral principle, the Tao (“Way”). It is, he said,

…not one among a series of possible systems of value. It is the sole source of all value judgments. If it is rejected, all value is rejected. If any value is retained, it is retained. The effort to refute it and raise a new system of value in its place is self-contradictory. There has never been, and never will be, a radically new judgment of value in the history of the world. What purport to be new systems or…ideologies…all consist of fragments from the Tao itself, arbitrarily wrenched from their context in the whole and then swollen to madness in their isolation, yet still owing to the Tao and to it alone such validity as they possess.

Lewis, a committed Christian, was not talking about a mysterious metaphysical concept, but a code of value and behavior made absolute because of its conformity with the character of God, and its status as God-revealed truth. The Tao is universal, because, as Romans 2:15 shows, God has written His Law on the “human heart.” The true and high mission of the brain, therefore, is to discover the Tao and use it to measure moral and ethical dilemmas and decide between propositions.

As a young White House aide it was not my brain that dictated the proper principles, but that discerned  the Tao at the core of my being that told me adultery was wrong, as was getting money through bribery or pay-offs, and destroying the character of people. There was much pragmatism about the decisions I made—I did not want to lose my wife and family, wanted to protect myself from the consequences of breaking the law, and wanted to be able to live with my conscience after a political campaign. And yet it was the absolute that framed what would be right or wrong in any of those situations.

Corporations and institutions in the postmodern age of relativism-subjectivism are like the Titanic on that horrid night in 1912. There was a lack of objective data about the location of icebergs in that pre-satellite era. Naiveté was a major factor in the crow’s nest. Hubris and romantic idealism were at the helm of a giant ship “not even God could sink” trying to establish a speed record between Europe and America.

The iceberg loomed in the night, but didn’t seem to be an objective threat. But all the idealism, hubris, dreamy romanticism died at the moment of collision, and the opening of the big rip in the hull.

Corporations today are negotiating their way through dangerous ice fields. A lack of an understanding of power as the prime danger has sunk many an otherwise solid and sound company. Subjectivism may suggest that the berg is not there, or that it’s not an objective threat, but that does not nullify its danger.

Healthy corporations, as the work of Jim Collins and other researchers have found, have wise people up and down the leadership-management chain who understand the temptations of power and the need to make good moral choices, based, not on guess-work or seat-pant steerage, but on absolute moral and ethical value.

Wallace Henley is the co-author of the new book, God and Churchill: How the Great Leader’s Sense of Divine Destiny Changed His Troubled World and Offers Hope for Ours. This is a book he co-authored with the great-grandson of Winston Churchill, Jonathan Sandys. Wallace is senior associate pastor of Houston’s Second Baptist Church and is also the author of Globequake. Henley’s insight and wisdom have come through a career of more than 40 years that has included service in the Church, the White House, the U.S. Congress, and Academia.