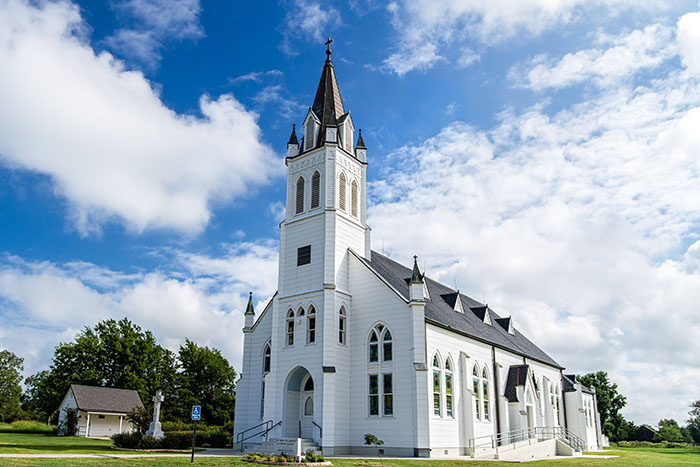 Much of the discussion of “Christianity in Business” focuses, quite naturally, on how a Christian businessperson’s faith can influence one’s secular work – in the way we treat others, the ways we conceive and execute our business mission, and the way we make our faith known to others. Less attention goes to the intricate relationship between the successful businessperson’s secular work and involvement in spiritual activities and events, like church.

Most evangelical Christians in business are members of a church. For many, unfortunately, their involvement stops there – successful people are usually busy people, and often feel too busy to be “involved” in their church. Even those who are devout enough to attend, give, and appreciate the services often leave the work of organizing and leading to the church staff and leadership.

Yet the New Testament presents a very different model for the church. All the members integrate and synergize as “living stones” comprising a “spiritual house” (1 Peter 2:5). Each businessperson in a congregation brings a unique set of experiences, talents, perspectives, and skills related to their secular employment outside of church. Many of these traits and abilities are transferrable skills that are incredibly useful in furthering the work of the ministry.

Transferrable skills are a common topic in the secular workforce. Workers and prospective employers are very aware that skills, knowledge, and experience acquired in one job can be useful in the next job, even in another industry. Experience as a delivery driver can make one a better dispatcher; experience in procurements can make a salesperson or marketer more effective, and vice-versa. Similarly churches and religious organizations desperately need input from people who understand accounting, who are experienced builders, who grasp insurance concepts, or who understand liability and risk management. Every skill, ability, or talent of a member is part of the intangible wealth of a church, just as the aggregate skills, knowledge, and experience of employees are part of the assets or wealth of a corporation.

Pastors and ministry staff often have little training in finance, insurance, IT, risk management, or legal issues. They rely on advice for these matters either from minimally educated support staff, or from expensive outside consultants and contractors (who know they are dealing with unsophisticated clients). Overlooked are the people in the pews who have relevant knowledge or skills.

Unfortunately, church leaders may not grasp the concept of transferrable skills. They expect the lawyer-member to be useful when there is a legal problem, but are unaware that lawyers usually have a sophisticated understanding of insurance concepts, negotiation practices, mediating disputes, or that lawyers are highly trained in extemporaneous public speaking and formal writing.

Ministers may not fully understand that insurance agents in their church know a lot about social and family networks, how people make major decisions, the best time of day to contact people, and what types of consequences result from making exceptions to established policies – all of which are very important for the tasks that churches and ministries undertake. Instead, they naively hope that a computer network specialist will be able to fix the bugs in the PowerPoint presentations used on Sunday – because the member “works with computers.” Overlooked is the network specialist’s unique ability to plan and schedule in advance for staggered upgrades, phased-in purchases, and ever-changing norms about privacy, accessibility, and security; again, issues that come up in seemingly unrelated domains of ministry work.

Change must come from the ground up. It is incumbent on the businessperson in the pew, therefore, to step forward, to take initiative, to sacrifice the time it takes to get involved. A major asset of religious organizations currently goes unused, essentially dormant.

Peter and Paul provide examples of this integration of life within the community of Christ, and the “outside” world. We glean from the gospel narratives glimpses of Peter’s work life. He and his brother Andrew were not anglers – they caught tilapia and other lake fish in nets cast from the side of small boats. It was incredibly uneven work, with long frustrating periods of catching nothing, punctuated by large catches of hundreds of fish at once. Galilean fishers grew accustomed to spurts and lulls in activity, doing well in emergency/crisis situations (a full net) and making effective use of the downtime to prepare for the next round of catching, hauling, and sorting fish. Month after month, year after year.

Now consider the first ten years of the church in Jerusalem. In one day, it exploded from 120 members huddled in an all-night prayer meeting to 3,000 new adherents (see Acts 2:38-47). Then there seems to have been a respite, then another surge that brings the number to 5,000 (Acts 4:4). There was no professional staff, no church facilities, no Christian curriculum for small groups or Sunday School. Somehow, the Apostles managed to sort people overnight into small, manageable meetings in homes, organize large public teaching events for full audiences, arrange for meals to be provided to (apparently dozens of) widows, and accommodate hundreds of people requesting prayer for their infirmities and other personal problems. Then there would be a lull, then another round of crisis mode. Retention of new converts seems to have been much higher than we see today.

Assuming that Jesus foresaw this rollercoaster phase of the early church, his selection of the launch team now seems strategic instead of ironic. The first church leaders had to be able to respond rapidly, had to stay focused on not losing anyone from the latest “catch,” had to work together well, and had to make effective use of downtime between the waves of influx. The religious culture of first-century Jerusalem would instead have picked leaders based on seniority, sagacity, family name, and patronage. Yet the apostles succeeded at rapid-response ministry work, crowd management, and retention. They successfully managed a mega church without buildings, staff, sound systems, media, or spreadsheets. This gives deeper meaning to Jesus’ prediction to Peter, Andrew, James, and John that He could turn them into “fishers of men.” Lake fishers were perfect for the job in Jerusalem, it turned out.

Phase Two of the early church was the shift from being an obscure localized phenomenon to being an international organization. This meant jumping a cultural barrier – from Aramaic-speaking Jewish converts to Greek-speaking pagans throughout the Roman Empire. Someone would need to cover huge distances, pitch the message to polytheistic Gentiles (instead of Jews already expecting a Messiah), and organize cells that would be self-replicating and self-sustaining. The task fell to Saul (Paul), an ultra-orthodox Rabbi who had led a vigilante effort against the first Christians in and around Jerusalem. This choice seems as ironic as Peter running things in Jerusalem: a super-strict rabbi is going to remove the Jewishness from the faith enough to have pagans embrace it. Again, there was a strategic advantage beneath the apparent irony.

Paul, though tutored for years under premier rabbis in Jerusalem, had been born in a Roman colonial city called Tarsus (in modern Turkey). Anyone born there had Roman citizenship. Paul was probably the only rabbi in Jerusalem who could travel freely throughout the Roman Empire with special legal rights and protections. Childhood in Tarsus would have made Paul fluent in Greek and some local dialects. Paul had first-hand experience in Jewish synagogues functioning far from the homeland, as branches in remote locations. His reputation as a stickler for kosher rules and traditions gave him gravitas when insisting that those rules and rituals were unnecessary for Gentile converts. He was single, which made constant travel much more feasible. Finally, Paul had a purely secular skill – tent-making – that enabled him to support himself in any urban center he visited while he planted a church there; he did not need to depend on the members of the new church for his livelihood. These traits turned out to be incredibly helpful.

It is wonderful to see so many Christians today thinking about how to bring their faith into their work. They are learning to live out their Christianity in practical ways by treating coworkers honorably, being exemplary in integrity and transparency, and trying to be more altruistic, “doing good while doing well.” The other side of the equation, however, is to bring more of our work into our faith activities. Instead of dichotomizing our spiritual and secular pursuits, we should recognize that God sees us as an integrated person, a person whose career gives us special insights into Christian faith, practice, and outreach. We all acquire transferrable skills in our jobs, and these are useful not only for our future career, but for our efforts to serve God and spread His Word as well.

Dru Stevenson teaches law at the South Texas College of Law. He can be reached at dstevenson@stcl.edu.