Scripture and a Christian Worldview

This understanding of the vocation and mission of a Christian university is a consequence of what the Scriptures teach about God and his purposes for the creation. The Christian belief in one true Creator God, whose act of creation leaves nothing outside the results of his initiative in speaking the worlds into being, demands a worldview that is comprehensive, orderly, curious, and humble. The creation of human beings, male and female, as uniquely formed in the image of God and given a delegated responsibility to care for and manage his creation demands a submissiveness of mind and heart that engenders an intellectual humility—a truth-seeking pursuit of coherence that promotes just and loving communities of work and worship. The reality of the Fall and its consequent pervasive effects of human alienation and brokenness reinforces the need for humility and honesty in all matters of faith, thought, and learning.

A Christian worldview is a way of looking at reality in all the ways we categorize it, whether visible or invisible, and according to all the disciplines of learning known or yet to be defined. Such a worldview of necessity draws upon the central sources of Christian faith and tradition for normative guidance. Nearly every Christian tradition relies upon and appeals to the Christian Scriptures (with some variation as to the books that should be counted as authoritative) as the foundational point of departure for Christian thinking and living. Christians differ as to the interpretation of the Scriptures, though the church throughout its long history has generated bodies of theological knowledge and tradition that, though subject to review and reformation, at the most basic levels have gained general consensus and attained their own authority over time.

With recognizable variations, all Christian traditions in theory, though in different mixes and measures, point to the authority of the Bible and rely upon the work of the Spirit and a community of faith (either historical or contemporary) to read and interpret the Scriptures. In so doing, they seek constantly to reflect in more accurate and relevant teaching the thinking and lifestyle demanded by the Scriptures themselves. 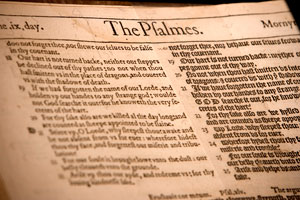 A Christian worldview, then, must be derived from the Scriptures at some foundational level; and though it can be questioned and analyzed, it ought to reflect the most comprehensive ways possible of looking at the world. Like eyeglasses, which allow us to see everything else more accurately, a worldview should enable us to see (take in) all that is and provide a frame of reference for deriving coherence from all the data that surround us.[i] We normally don’t look at our glasses; we look through them. Of course, if our glasses need cleaning or repairing, we look at them and make adjustments. The same is true of a worldview. It can be modified as part of a cycle of thinking and learning, but its primary function is as an enabling tool to discover, interpret, understand, and comprehensively assimilate all that can possibly be observed and known about every conceivable sphere of reality.[ii]

We therefore intend to make central use of the Scriptures in constructing a worldview. This is a practice common to all Christian traditions, but it is particularly true of our tradition and founding as a Christian university (see the “Preamble” to HBU’s Letters of Incorporation, 1960) born in the mid-twentieth century in a major American city and within the cross currents of Baptist history and evangelical theological traditions.

The larger narrative of Scripture, the story of the Bible, presents an inextricable link between belief and practice. In Scripture, the story of the Bible is, in effect, the story of God’s mission in the world. It is presented in the form of a plot-shaped history, and it begins with the creation of the world, visible and invisible, and all things in it. There is nothing outside the creation, the total sum of reality made by the word, power, and fiat of the one true God.

This act of creation includes the creation of human beings, male and female, made in his image (imago Dei), where “image” refers primarily to the functional responsibilities of the man and woman to govern and rule God’s world. It is a delegated responsibility that presumes God as king over the creation. Human beings, made in his image, are by that fact given a divine mandate and are responsible to him to protect, govern, and work in his world (the garden is the original temple of his presence) and extend the frontiers of his rule to all the earth. 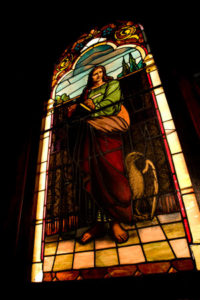 We say above that the biblical narrative, what we are describing as a Christian worldview, is plot-shaped, and by that we mean that creation is good—“God saw all that he had made and it was very good” (Genesis 1:31)—but, as in all stories, the original setting soon endured conflict and rebellion. What is traditionally known as the Fall—a moral rebellion by the humans—provoked expulsion from the garden for the man and the woman, a curse of decay and mortality placed upon them and the entire creation (Genesis 3; Romans 8:18-25), and the inability of humans to fulfill their divinely mandated mission.

It is precisely here that many views of the scriptural story are truncated. It is popularly said that the story of the Bible is something like the following: “We were made for a relationship with God; sin spoiled that relationship, but Jesus has come to forgive and restore that relationship so that when we die we can go to heaven.”

Such a truncated view narrows the purpose of God in creation to our “relationship” with him, often neglects the mission of God for human beings—that is, to extend the frontiers of his rule to all the earth—and largely omits much of the rest of the story of Scripture (except as background stories that generate good examples for moral living and a few typological anticipations of the coming of Christ), especially the middle. As with all stories, the middle is crucial for developing the strategies that move toward plot resolution, including the full drama and power of the climax. These strategies in turn are critical for shedding light both backward and forward and thus enabling a better understanding of both the initial tension and the climax.

In the remainder of the opening narrative, things go from bad to worse—the murder of brother by brother, the Flood, and the Tower of Babel (Genesis 3-11). The appearance of Abraham, however, in Genesis 12 marks a new and major subplot in the macro narrative of Scripture. The promises made to Abraham serve as the template of God’s plan for restoring the whole world. This plan of restoration involves not only a reversal of the Fall and the forgiveness of sin, but a return to the mandate given to human beings in Genesis 1.

The covenants with Abraham (see Genesis 12-18) thus anticipate the reversal of humankind’s failure and initiate the divine plan of rescue: to bless and restore all the nations through the seed and offspring of Abraham—ultimately Israel and Jesus the Messiah (cf. Galatians 3:15-16, 23- 29). These storied goals, developed with surprising plot twists in the narrative of Scripture, involve the shocking death of the Messiah, his vindication, enthronement, and the coming of God’s Spirit as the Spirit of Christ to his people, his renewed temple. The promises to bless and restore the world will be fulfilled with the return of Christ, the resurrection of the dead, and the restoration (new creation) of heaven and earth (Romans 8:21-22; 1 Corinthians 15:24-28; Philippians 3:20-21). These climactic events initiate the renewed circumstances within which human beings once again pick up God’s mandate to govern faithfully his creation, to be co-heirs with Christ the king (Romans 8:17; Revelation 1:6; 5:9-10; 20:4-6; cf. 1 Corinthians 6:3). These promises, once fulfilled, reinstate through a new creation (begun with the resurrection of Jesus and the gift of the Spirit) human beings as able and enabled to do God’s work in the world.

By overlooking the rest of the Old Testament story—from Abraham through the ongoing agonized longing of postexilic books like Ezra, Nehemiah, and Malachi—the foreshortened view of the narrative of Scripture fails to appreciate the theologically shaped history of Israel. As God’s people, Israel receives and preserves the oracles of God’s work in history, especially his promises to Abraham—and thus to Israel—to bless Israel and the nations. It also thereby fails to contextualize the good news announcement in the Gospels (beginning with John the Baptist) of the coming of the kingdom of God. This announcement, continued in the preaching of Jesus, points then to Jesus as the Messiah of Israel who inaugurates the long-anticipated kingship of God.

This good news of God’s imminent and dawning reign was not only the spoken message of Jesus but was reinforced and signified by his actions, including especially his conflicts with Jewish and Roman authorities, miracles, and demon exorcisms. His crowning achievement was his obedience through death to the will of his God and Father. Because of his faithfulness, God vindicated him by the resurrection and through him inaugurated the new creation, redefining for his followers the standards for exercising power and achieving status in the reconstituted empire of God. Now enthroned at the Father’s right hand, he establishes the rulership of God and, by sending his Spirit to his followers, enables them to carry forward the divine mission.[iii] 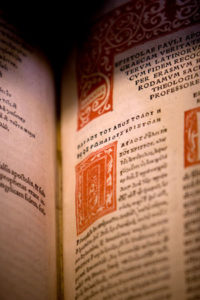 A foreshortened view lacks the full, storied basis for stating that Jesus is himself the fulfillment of God’s promises to Abraham (2 Corinthians 1:20), the presence of Yahweh as king, the one who overcomes Satan and restores the temple/garden, the initiator of the new creation, and the one who as the image of God accomplishes in his submissive death human obedience to God’s mission. It is this long-awaited new covenant restoration that also recommissions forgiven human beings to resume their calling to do God’s work in the world.

A narrative description of a Christian worldview as grounded in the story of the Bible therefore incorporates both the content of belief—about God, the world, human brokenness, social structures, nations and societies, human psychology, gender, marriage, families, the goodness of life, the church as God’s Spirit-empowered agents in a still broken world, and the hope of restoration in this age and in the one to come—and the divinely given mandate for human beings with respect to their work. The Christian university, as an act of discipleship and as a reflection of the mission of the church in the world, participates in precisely that mandate.

Although in our brokenness we never fully understand it or accomplish it, such a worldview tells us, especially since the inauguration of the restoration of all things in Christ, what to believe and how to live. It similarly gives content and purpose to the character and mission of a Christian university.

Next:  The Ten Pillars: Core Convictions at HBU »

[i] Analogy borrowed from N.T. Wright, Paul and the Faithfulness of God (Minneapolis: Fortress Press, 2013), 463. See also N.T. Wright, The New Testament and the People of God (Minneapolis: Fortress Press, 1992), Ch. 3.
[ii] The word worldview, if narrowly understood, would privilege the notion of viewing or looking. However, we include in our use of the word other senses (physical and intuitive) and ways of knowing (individual or communal), such as listening to music or touching material objects, to enable the gathering and assimilation of data.
[iii] For a fuller summary of the biblical narrative and its implications, see Paul and the Faithfulness of God, Ch. 7.
About HBU
Job Opportunities
Tuition and Aid
Request Information
Visit Campus
Apply Now