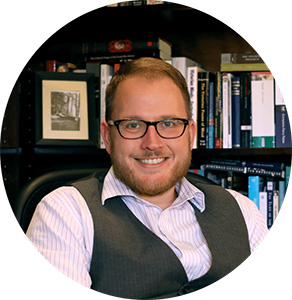 Dr. Davis is an Associate Professor of History, specializing in medieval and early modern European history.  He writes reviews and essays for The Wall Street Journal, The New Criterion, and The American Conservative and is writing a book on divine revelation before the Enlightenment. Dr. Davis claims that reading Herodotus, Erasmus, and Pascal changed his life, but we aren’t sure if that is a good thing. He is generally suspicious of his smartphone, but can’t seem to live without it. And when he isn’t gardening, hiking, or learning new words from his wife, he can usually be found drinking coffee and reading Welsh poetry (or wishing he were).

Some of Dr. Davis’s Popular Writing You Might Enjoy:
Rethinking the Reformation Reliance upon the Middle Ages, The City
Texas History Gets Supersized, The American Conservative
‘The Great Rift’ Review: From Comity to Culture War, The Wall Street Journal
Newton the Faithful, The Wall Street Journal
Review: A Companion to the Early Printed Book in Britain, 1476–1558, Renaissance Quarterly 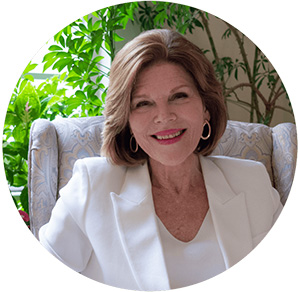 Dr. Barbara J. Elliott is Scholar in Residence and Assistant Professor of Liberal Arts, teaching in the Honors College at HBU.  Her career spans serving in The White House, working as an international television correspondent, and launching an outreach to refugees fleeing communism as the Berlin Wall fell.  Following God’s nudge in prayer, she followed the stories of their lives to document the role of Christian faith in resisting communism, resulting in the book Candles Behind the Wall: Heroes of the Peaceful Revolution that Shattered Communism.  After living in Europe nearly fourteen years, she returned to the US and founded the Center for Cultural Renewal. She followed the next nudge from God, this time to find the people transforming lives in America’s inner cities, which resulted in her next book, Street Saints: Renewing America’s Cities. She planted a model ministry in Houston, the WorkFaith Connection, which transitions people from prison, homelessness, addiction, or joblessness into a new job and a new life.  With her husband, W. Winston Elliott III, she has been doing great books Socratic seminars since 1996. (The Great Conversation continues day and night in the Elliott home.) An enthusiastic interdisciplinary learner, she is fascinated by the relationship of the True, the Good, and the Beautiful in cultures both ancient and modern. She is the author of five books and scores of essays, and an artist who wishes she had more time to paint, play the piano, or sing. As the mother of four children, she is astonished to find she is now the grandmother of eleven, with another on the way. 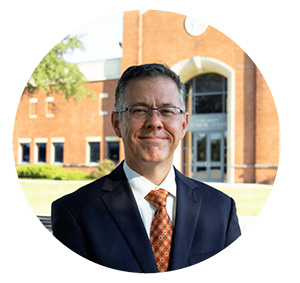 Dr. Christopher Hammons is the Director of the Morris Family Center for Law & Liberty and a professor of Political Science at Houston Baptist University. He teaches courses in constitutional history, political philosophy, and presidential politics. He has published works in a variety of places including the American Political Science Review, the Albany Law Review, the Journal of Law & Public Policy, Education Next, the Houston Business Journal, and the Houston Chronicle. Dr. Hammons is the recipient of several teaching awards and is a strong advocate of a classic liberal arts education, using primary texts in history, philosophy, and politics to teach about contemporary social and political issues. He is a sought after speaker on the American Founding, and has given numerous presentations throughout the state on George Washington, the Constitutional Convention, and the American Founding.  Dr. Hammons lives in Sugar Land, Texas with his wife and two children. 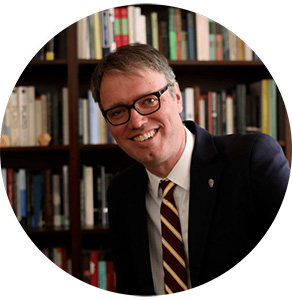 Dr. Gary Hartenburg is the Director of the Honors College and an Associate Professor of Philosophy at Houston Baptist University. His primary research interests are in ancient philosophy, especially Plato and his student, Aristotle. He enjoys thinking about the history and philosophy of education and recently completed a book on Aristotle’s philosophy of education, Aristotle: Education for Virtue and Leisure. One of his favorite aspects of the Honors College curriculum is the study of the history of astronomy and physics, beginning with Plato’s Timaeus and Aristotle’s Physics, continuing through Ptolemy’s Almagest, Copernicus’s Revolutions, Galileo’s Dialogue, and Newton’s Principia, and closing with Einstein’s Relativity, Heisenberg’s Physics and Philosophy, and Thomas Kuhn’s The Structure of Scientific Revolutions. He and his poet-wife homeschool their children in the suburbs of Houston.

Some of Dr. Hartenburg’s Popular Writing (and Speaking) You Might Enjoy:
Teaching Logic Dialectically, The Society for Classical Learning
A Ministry of Answers: A Review of Craig and Gorra’s “A Reasonable Response”, Mere Orthodoxy
Best Practices for Assessment, The Arts of Language Podcast (audio)
Ancient Philosophy: a Contemporary Introduction, Bryn Mawr Classical Review
A Classic Is a Story that Might Save Us: Meditations on the Christian Gospel and Plato’s Story of Er,  The City 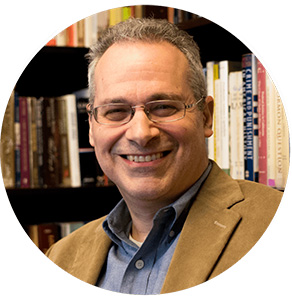 Dr. Joseph is a Professor of History at Houston Baptist University and program coordinator for HBU’s Master of Arts in History. He specializes in early American history, American legal history, and the history of the unborn child. He is a co-editor of two volumes of The Documentary History of the Supreme Court of the United States, 1789-1800 and is currently writing a book on the unborn child in American history. In his free time Dr. Joseph enjoys songwriting, listening to vinyl records, and following the fortunes of the San Antonio Spurs. For maximum relaxation, he is not above watching paint dry, when the opportunity presents itself. 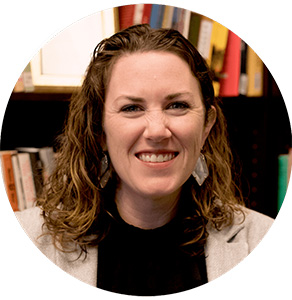 Dr. Leachman is an Assistant Professor of Literature specializing in the literatures of Russia and the U.S. South. She recently published an essay in the edited collection Solzhenitsyn and American Culture (University of Notre Dame 2020), and she has an essay on Flannery O’Connor’s story “The Enduring Chill” forthcoming in the edited collection Learning the Good Life: From the Great Hearts and Minds that Came Before (Zondervan 2022). In addition to teaching in the Honors College, Dr. Leachman teaches in the English department and serves as the Director of the Academy, HBU’s dual-enrollment program. As the mother of three daughters, Dr. Leachman is as equally versed in Fancy Nancy books and princess movies as she is in Faulkner and Dostoevsky novels. Hailing from the great state of Alabama, Dr. Leachman found her way to Houston by way of Nashville, Charlotte, and Austin. She’s married to a Houston native, Taylor, who serves as an Associate Pastor at Christ the King Presbyterian Church.

Some of Dr. Leachman’s Popular Writing You Might Enjoy: 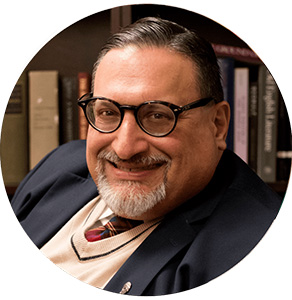 Dr. Llizo is an Associate Professor of History, specializing in Medieval Europe and Early Modern England. His research focus is medieval monastic and mendicant history and spirituality, Patristic and Scholastic theology, and the Mediterranean world. His love of the medieval world was sparked by reading Arthurian literature and C.S.Lewis’ “The Discarded Image.” He is a native of Cuba, but was raised in Los Angeles, CA, the product of Lutheran and Brethren schools. He got his BA in History at Biola University, his MA at California State University, Los Angeles, and his PhD at Claremont Graduate University. At Claremont, he was encouraged to take an interdisciplinary approach to his study of history, incorporating literature and philosophy, which prepared him well to teach in Great Books programs such as the Torrey Honors Institute at his alma mater Biola University, and the Honors College at Houston Baptist University. He is a self-described “Generalist” as much as he is a Medievalist. His hobbies are reading, taking long, contemplative walks, and fishing (whenever he can). 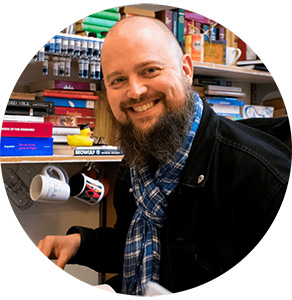 Dr. Micah Snell is an Assistant Professor of English. His academic interests are Classics, poetics, big novels, and the intersection of faith and literature generally, but mostly he never seems to shut up about William Shakespeare. When not in class he can usually be found talking to students in his office about all matters academic and personal. An ordained Anglican, he is a spiritual director and retreat leader. He likes boats, fountain pens, DIY projects, bonfires, camping, Blue Bell ice cream, and Lego. Messing around in the kitchen, his best recipes are borscht, brioche, and crème brûlée. Sometimes he suspects that his smart phone is trying to do him in. He and his wife Jennifer met on the first day of class in college, homeschool their five children, and are the founders of the George Herbert Charity. 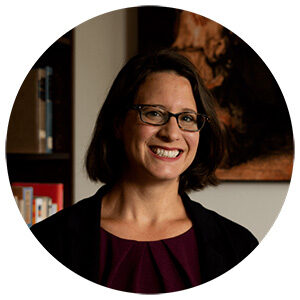 Dr. Emily Stelzer is an Associate Professor of Literature at HBU. In addition to providing writing instruction within the Honors College, she serves as Chair of the Department of English and Foreign Languages and the Director of HBU’s Academy. Dr. Stelzer is happy to teach a wide variety of literature courses at HBU, but she especially enjoys discussing early modern poetry, including the works of Milton, Donne, and Marvell. She is a lifetime member of the Milton Society of America and her recent book “Gluttony and Gratitude: Milton’s Philosophy of Eating” (Penn State UP, 2018) considers the theme of temperance and the role of gluttony in the tradition of the Fall, tracing medieval and especially Augustinian influences in the work of John Milton.

Some of Dr. Stelzer’s Popular Writing You Might Enjoy:
Tanquam Explorator: A Classical Model for Christian Readers, The City

The Honors College offers a unique chance to explore the greatest stories humanity has ever produced, and an even more unique opportunity to dive into them with peers and professors as hungry for the truth as you are.

The Honors College at HBU is the best academic experience you never knew you needed. If you’re up for the challenge it is worth every second you put in.