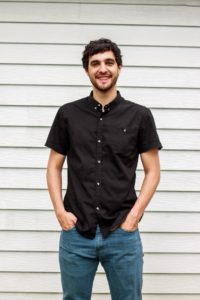 John is the lead and founding pastor of New Day Church in Houston, TX. He received a bachelors degree from HBU in Christianity and a masters degree in Christian Theology from HBU as well. At the age of 24 John became the lead pastor of a struggling church that he grew up in, White Oak Baptist Church, which had experienced decades of decline. During his pastorate he led the church to restart under a new name, New Day Church, with a new commitment to reach people far from God. Today, New Day Church is a healthy, growing and exciting church making a difference in the Oak Forest/Northwest Houston part of the city. John is passionate about raising up healthy Christian leaders, building great teams and starting thriving gospel-centered churches. John met his best friend and wife, Halcie, while they were attending HBU where they are both alumni. They have two beautiful young daughters: Molly and Ellie.