Even the staunchest of curmudgeons has to exercise his laugh muscles once or twice a year lest they atrophy. When that rare event happens, the first recourse will probably be a Mel Brooks classic. Not everything Brooks has done is classic, but when he is good, he is brilliant. 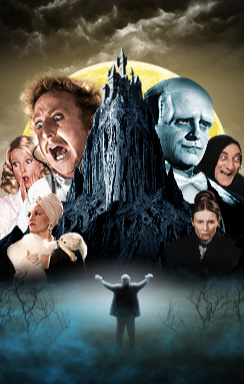 While the sets are vital to the parody, it is the cast who make the film work. Gene Wilder, Marty Feldman, Peter Boyle, Madeline Kahn and all the others were never better. Brooks used many of them in other films, but this film is a masterpiece of ensemble humor. Just thinking about it is enough to make one produce “yummy sounds.”