The weekend of March 7 had absolutely nothing that could entice a curmudgeon out of his lair, but, as would any respectable curmudgeon, he had plenty of books and DVDs with which to divert himself. It took much of late January and early February to plow through David W. Blight’s massive “Frederick Douglass,” but it was worth every moment. The book, in turn, brought back memories of the film “Glory,” and that sent the curmudgeon scurrying to find his DVD version. 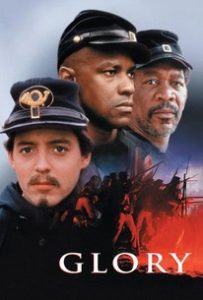 “Glory” holds up very well; Matthew Broderick’s performance was one of his better ones. Cary Elwes and Morgan Freeman were also good; watching the film corrected an error in my memories; Freeman’s voice was used in Ken Burns’ Civil War series and I had somehow merged the two narratives and had created a false memory that Freeman had played Frederick Douglass in “Glory.” Blight explains Douglass’ significant role in the raising of Black regiments for the Union Army better than the movie.

During spring break, the curmudgeon intends to indulge himself with both versions of “Midway” as well as “Saving Private Ryan.”