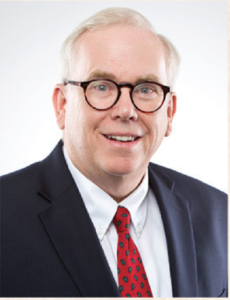 Board Certified in Civil Trial Law and Personal Injury Trial Law by the Texas Board of Legal Specialization
Professor of Law and Jurisprudence
Director, Legal Studies Program

Religious persecution is intensifying around the   globe,   and   Christians   are   the   world’s most  persecuted  religious  group.  Although religious  liberty  is  protected  in  the  United States by three clauses in the U.S. Constitution and  Bill  of  Rights,(1) the  U.S.  Supreme  Court removed  “strict  scrutiny”  protection  from  religious  liberty  in Employment Division v. Smith (1990).(2)  This decision has enabled and encouraged unprecedented attacks on religious liberty by political progressives in the United States.

This article describes these attacks and addresses four questions.

The Morris Family Center for Law & Liberty is dedicated to the promotion of American founding principles, the rule of law, the preservation of liberty, and free enterprise. Our mission is 1) to educate our fellow Texans about the principles that make America an exceptional nation; 2) to train and equip teachers, lawyers, and the business community to articulate and defend these principles; and 3) to facilitate civil discourse among diverse groups about the political, social and economic implications of a nation truly committed to liberty and justice for all.