It took your jaundiced reviewer less than 15 minutes to realize that he had made a serious mistake on the weekend of Feb. 1. “The Rhythm Section” has to be one of the most tedious and pointless films on which he ever squandered his ill-gotten gains.

The only reason the curmudgeon chose the film was its producers, Barbara Broccoli, and her partners. Broccoli has a good reputation as the major producer of the James Bond films, but this film leaves a very sour residue in the mouth. 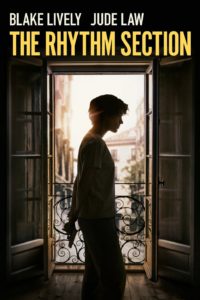 The plot is that of far too many other revenge narratives. The daughter of a family slaughtered by terrorists sets out on a quest for vengeance. Her metamorphosis from the last stages of addiction and degradation to professional assassin is not quite convincing. The scenes that describe how far she has fallen since the death of her family are powerful, but her rise to top-notch assassin stretches the viewer’s credulity.

Jude Law was the only cast member I recognized and he is good as our would-be assassin’s unwilling mentor. The film breaks down whenever our heroine (and I use that term very loosely) tries to work her through a nebulous network of informers, traitors, etc. I figured out fairly quickly who the terrorist mastermind had to be, but the film is very fuzzy on the details. This film makes John Le Carre’s espionage thrillers exemplars of lucidity.

The ending hints that our avenging angel is ready for more assignments. Let us hope not.

The good news is that Broccoli and her associates are about to release the long-awaited 25th James Bond thriller, “Too Soon to Die.” For those who enjoy the exploits of avenging females, Marvel is about to release “Black Widow.” Samuel L. Jackson and Jeremy Renner are in the trailer, so this prequel should be interesting.