As predicted, the Labor Day Weekend was a washout in terms of new and interesting films. The Edwards Greenway theater I usually attend offered only a retrospective of Quentin Tarantino films; my stomach was not quite ready for a rehashing of “Kill Bill,” “Pulp Fiction,” and other examples of gratuitous bloodshed; I stayed home, close to the air conditioner, and worked through some DVDs. 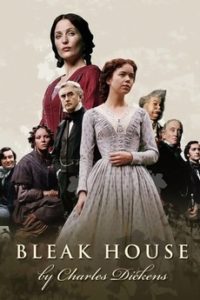 It took me eight hours to work my way through a PBS adaptation of Charles Dickens’ “Bleak House”; I blush to admit that it more than eight hours to work my way through, for the ninth or 10th time, the original novel. There are at least two PBS/BBC adaptations of the novel, one with Diana Rigg as Lady Dedlock, the other with Gillian Anderson in that role; I much prefer the Rigg version. With only eight hours available, the producers had to eliminate or truncate several subplots; what we need is a 12-hour version.

One reason I prefer the Rigg version (1985) is the strength of the cast. Rigg and Denholm Elliott steal the production. Elliott is particularly effective as John Jarndyce, the voice of Dickens’ anger at the corruption of the English legal system in the 1830s.

I ended the long weekend by watching “Avengers: Infinity War” and “Avengers: Endgame” back-to-back. The plot is almost as complicated as “Bleak House,” and almost as much fun.

Who knows what September 7 will offer for our viewing pleasure?