A surgeon grounded me very thoroughly on June 14, so I decided it would not be a good idea to scare small children at a theater that weekend; right now I resemble an extra from “The Mummy.” If I had been mobile, I might have headed for the latest episode of “Men in Black,” but that is a very weak “might have.” That series has exhausted all its possibilities and should be retired. 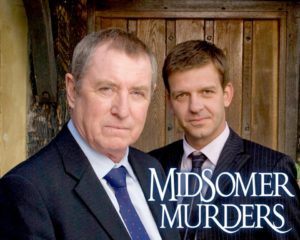 How does a curmudgeon while away the hours while waiting for his wounds to heal?  He can plow through a Daniel Silva thriller, peruse a series of essays on the “new historicism,” and then make his way through an Amy Tan novel and a stack of long-deferred pot-boilers. When reading palls, the curmudgeon can catch up on the older episodes of “Midsomer Murders,” a darkly humorous PBS/A&E series of murder mysteries.  If you have not followed the murderous shenanigans in England’s bloodies shire, you are missing some intricate scripts and fine acting.

For June 22, I do not relish the thought of the screaming hordes who will pack the theater for “Toy Story 4.” As with “Men in Black,” that franchise may be on its last legs. If the surgeon removes the worst of the bandages on my scalp, I may try to attend, but I can also see some good reasons for waiting until the shouting and the tumult die before I venture out.