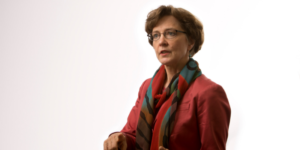 Many of the articles draw on the material of her most recent book, “Love Thy Body: Answering Hard Questions about Life and Sexuality.”

“The APA Is Wrong about Toxic Masculinity, but Not for the Reason You Think” (January 25, 2019)

“SCOTUS on Pregnancy Centers: The Government May Not Compel Speech” (June 29, 2018)

“New York prepares to legalize commercial surrogacy — as the rest of the world bans it” (February 19, 2019)