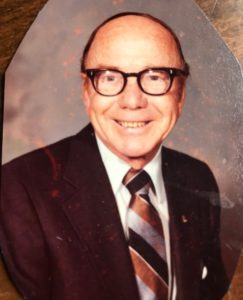 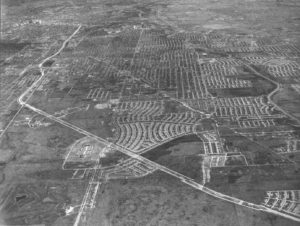 Jim Smith, Sr., said, “I remember my dad’s involvement in the purchase of the HBU ‘triangle’ from Frank Sharp when the route of Hwy. 59 was just shown on a map. Many years later, I was involved in the development of the commercial areas on the freeway as a volunteer and board member.”

Sherry Smith said, “My early connection with HBU came when Ray Mayfield joined the staff there. His family and mine went back three generations. I had fellow high school classmates who went on to HBU. I attended part-time early after Jim and I married, studying piano with Dr. Lew Zailer in 1969-70.”

In his book, “An Act of Providence: A History of Houston Baptist University,” Dr. Don Looser records, “Trustee Jim Smith and his wife, Sherry, [are] long-term University donors and powerful instruments of institutional development. Over many years, Jim Smith served to develop properties for the University as income-producing investments. The Smiths’ commitment to the University [has also] served as a catalyst for encouraging the involvement of their friends and associates.”

Jim Smith, Sr. served as a member of the University Board of Trustees from 1990 to 1999, and currently serves as an advisory trustee. Sherry is a lifetime member of The Guild, a dedicated group of women who support graduate scholarships in education and theology. The Smiths have served in a leadership capacity in the President’s Leadership Council. They were among the first donors of the University to fund an endowed chair, the John Bisagno Chair of Christian Origins in the School of Christian Thought. 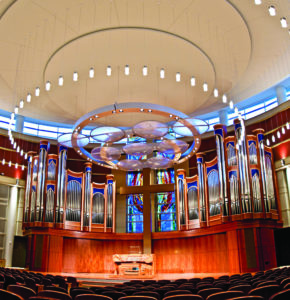 The Smiths also founded the Orrien R. Smith Endowed Academic Scholarship. In 2009, the couple funded a one-of-a-kind Létourneau pipe organ, the Smith Organ, installed in Belin Chapel. The Smiths are partnering with the Koch Foundation for significant annual gifts to the Morris Family Center for Law & Liberty. They were the recipients of the Spirit of Excellence Award in 1995 and the President’s Award in 2018. Additionally, they’ve chaired the Spirit of Excellence Gala and supported HBU in countless ways. Their son, Jim Smith, Jr., served as a member of the HBU Board of Trustees. Their daughter, Tracey, earned a master’s degree from HBU in 2009.

“We funded the John Bisagno Chair of Christian Origins in honor of our dear friend, and we gave the pipe organ due to our love of music, and with the desire to help in student recruitment. HBU, under Dr. Sloan’s leadership, has a very bright future,” Jim Smith, Sr., said. Regarding their latest contribution to HBU, he said, “I believe a world-class STEM building will be an unbelievable recruitment vehicle for serious students wanting a great education in a safe and wholesome campus environment. Hopefully our ‘lead’ gift will encourage others to help make this happen ASAP.”