By Eric Johnson, Director of the Gideon Institute of Christian Psychology and Counseling at Houston Baptist University

Understanding human beings and how to address their psychological and spiritual problems is a massively complex project. Such complexity has led to some sharp disagreements among Christians about counseling and psychology, and my story strangely reflects some of those disagreements. 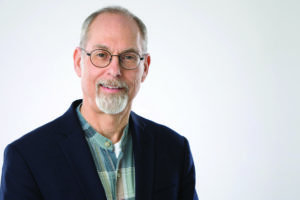 I was not raised in a Christian home, but I gave my life to Christ one day in 1975, and the direction of my life radically changed. Within the year, I went to Toronto Baptist Seminary and was taught some great theology. While there, I was exposed to Jay Adams’ model of Bible-only counseling. My reading and meditating on Scripture had helped a lot to reorganize my lifestyle, and I was very skeptical of secular psychology, so I thoroughly embraced biblical counseling. During my undergraduate days, however, I also learned about the Reformed doctrine of common grace – God’s goodness given to cultures – that made possible the arts, science and technology.

After graduation, I got married to Rebekah, a fellow seminary student, and I worked for a couple of years in a drug abuse treatment center in the inner city of Detroit. While there, I became aware of three things: 1) Christians had different views about psychology and counseling; 2) secular psychology had some value; and 3) you can’t make much money in people-helping without a master’s degree. So, I went to Calvin College to get a Master’s in Christian Studies, and I focused on the behavioral sciences. The program helped me appreciate more the contemporary science of psychology, as well as the importance of reinterpreting it according to a Christian worldview, and I began to believe Christians could develop their own version of psychology, based on the Bible and the resources of the Christian tradition and the best of contemporary psychology. By the time I finished that degree, I wanted to teach psychology at a Christian university, so I went to Michigan State University to get a doctorate in educational psychology. When I graduated from MSU, I called my approach “integration,” along with many other faculty members at Christian colleges.

I taught psychology at Wheaton College for a year, and there I met Robert Roberts, the noted Christian philosopher of ethics, who was also writing on psychotherapy at the time. He encouraged me to call my project “Christian Psychology,” following the example of Soren Kierkegaard, who had written of such in the mid-1800s, before modern psychology was founded or Sigmund Freud was even born.

That year, I obtained a permanent teaching job at another Christian college in the Midwest, but I was beginning to wonder if integration was the best term for my approach. I loved the goal of integration, but the more I learned about how integration was actually being practiced at Christian colleges, the more I realized that not much integration was happening, resulting in teaching and practice that was not that different from the public universities, where most of the faculty members had gotten their graduate education. Most the time, if there was any Christian content at all, it was used to show that the modern versions of the disciplines were thoroughly compatible with Christianity.

However, my studies and my own life had convinced me by then that Christianity was capable of developing a scientifically respectable version of psychology that was distinctly Christian at the core. Humans are made in God’s image and sinners; and Christians are joined to Christ and capable of having a close relationship with God. Such assertions are about humans and are psychological in nature, so they belonged to the science of psychology, not just theology – at least according to a Christian worldview. As a result, in my psychology courses, I would begin every course with a consideration of relevant scriptural teaching about the subject matter, before spending the rest of the semester going through the best secular textbook I could find, knowing that all of them were devoid of reference to God, salvation or the Bible. I wanted to prepare my students for a career in psychology, so they had to know the contemporary state of field, but I was torn because it was all based on the worldview of naturalism. As a result, I began to feel that this way of teaching psychology was inadequate. In addition, I began not-so-subtly suggesting to my psychology colleagues that they could/should become more concerned about this too, sometimes pointing out how they had been unwittingly influenced by secularism. After a few years there, I was kicked out of the department. Thankfully, the administration of the college wanted me to stay on, so I was placed in the Bible department. Looking back, I realize now that I was naïve, defensive and not a little arrogant about my increasingly Christian approach to psychology, and I probably deserved to be kicked out.

During that time, I also noted that other Christians in the field were moving toward a “middle way,” that combined strong Christian themes with psychological science. People like Larry Crabb, Leanne Payne, and Diane Langberg, among others, bolstered my confidence that we were on to something. It also became increasingly obvious that Christians in psychology and counseling who held different positions were not talking to each other, but would instead just criticize “the opposition.” This bothered me, because they all had something important to say. Consequently, I got the idea to co-edit, with Stan Jones, a four-views book on psychology and Christianity, and invited four representatives of the major Christian positions to present their approach and respond to one another. On one side of the spectrum was the “levelsof-explanation” approach, which considered psychology and theology such distinct perspectives on reality, they rejected the use of the Bible in psychology and accepted modern psychology as it was, without critique. On the other side was “biblical counseling,” the view that the Bible was all that was needed to care for the souls of God’s people, especially since contemporary psychology was too secular to be of much help to Christians. In between were integration and Christian psychology. I was very happy for this book to get published.

However, things didn’t improve significantly at my college. I enjoyed teaching courses in Bible, but I was a psychologist, and I loved the science of psychology. Unable to find a Christian university at that time that would support a radical Christian approach to the science of psychology, I was intrigued when a couple of my theologian friends suggested I teach counseling in a seminary. Eventually, my wife and I decided it was the right move. When I arrived, the counseling department espoused the integration paradigm, but the administration was eager for the department to move in a more biblical direction, and I was hired to help that process along. So, while everyone was not on the same page, we had a greater sense of solidarity than I had experienced at the Christian college.

During those early years, I also discovered Christian psychology advocates in Europe. Some folks at IGNIS: The Institute for Christian Psychology in Kitzingen, Germany, had come across an article of mine, “Christ, the Lord of Psychology,” and they reached out to collaborate. Their work over 20 years encouraged me to form the Society for Christian Psychology (SCP) in the U.S., and I started a newsletter. Not too long afterwards, Diane Langberg introduced me to Tim Clinton, and he invited the SCP to become a division of the American Association of Christian Counselors (AACC); we started a journal, at first called Edification, and had a regular place in the annual conferences of the AACC, in addition to the newsletter getting an upgrade.

A few years into my tenure at the seminary, however, changes in the seminary administration led to the decisions to disband the integration counseling department and replace it with a biblical counseling department. The integration faculty were all let go, but I was something of an anomaly (again), and they were not sure what to do with me. However, when my first book came out, “Foundations for Soul Care: A Christian Psychology Proposal,” I was told that my strong theological orientation was clear enough, and I could remain in the department, so I stayed.

For the next 12 years, I was allowed to teach the psychology and counseling courses that fulfilled the requirements for state licensure, even though the department as a whole reflected a strong, Bible-only approach to counseling. During that time, I was working on “God and Soul Care: The Therapeutic Resources of the Christian Faith,” written to help Christian therapists think biblically and theologically about their work, while appropriating the relevant knowledge amassed by modern psychology and psychiatry, shorn of its secularism. When the book was published, the seminary decided my approach was simply too psychological and too divergent from its biblical counseling aims, so it was necessary to part ways, and I was asked to retire early.

Without making too much of it, my story illustrates something of the complexity of understanding human beings that I mentioned at the beginning of the article. The issues at stake involve Christianity’s relation to culture, the Bible’s relation to science, the Church’s call to evangelize the world, as well as care well for the mentally ill, and the need to challenge the dominance of secularism in our culture in the name of our Lord. More to the point, it also shows how God was all along preparing me to come to Houston Baptist University at a time when a number of Christian universities are wanting to develop and disseminate scholarship and education that provide distinctly Christian alternatives to their secular versions, insofar as worldview makes a difference. I am so very excited to participate in what will be, in some respects, the first master’s programs of their kind in the United States: dedicated to the training of Christians who desire to practice counseling and psychotherapy in distinctly Christian ways, according to a Christian worldview. The aim of the Gideon Institute for Christian Psychology and Counseling is to be Christ-centered, biblically rooted and clinically informed. After all these years, God is granting me the desires of my heart (Psalm 37:4), and richly fulfilling His calling on my life.