“I’m freer than colleagues who will face the voters again. I can speak my mind without fearing the consequences much.” So says Senator John McCain in his final book, The Restless Wave. When one reads over the entire cannon of McCain’s books, one wonders when he ever felt constrained when speaking his mind. This level of frankness and even self-depreciation is one of the great pleasures of reading the works of John McCain.

Senator McCain passed away on August 25th. Many reacted as if his passing marked the end of an era of disinterestedness, civility, and a bipartisan willingness to address America’s problems. This sense was further enhanced with the death of President George H. W. Bush on November 30th. Of course we shouldn’t forget that there was also the childish attitudes of unnamed White House aides who in response to recent criticism of the White House by McCain reportedly responded: “He’s dying anyway.”

The eulogies and encomiums for McCain have flooded in over the last few months but in this short post, I would like to address an aspect of McCain’s life that has been curiously lacking in the many remembrances: his career as an author. McCain, in conjunction with his longtime aid and chief-of-staff, Mark Salter, authored seven well received books: Faith of our Fathers: A Family Memoir (2000), Worth Fighting For: The Education of An American Maverick, and the Heroes who Inspired Him (2002), Why Courage Matters: The Way to a Brave Life (2004), Character is Destiny: Inspiring Stories We should All Remember (2005), Hard Call: The Art of Great Decisions (2007), 13 Solders: A Personal History of Americans at War (2014), The Restless Wave: Good Times, Just Causes, Great Fights, and Other Appreciations (2018).

These fall roughly into two categories: autobiography, and explorations of moral virtue in the vein of Kennedy’s Profiles in Courage. Nearly all public figures write books when both running for and upon leaving office. The first serves as an ideological advertisement for one’s campaign, the other an attempt to weigh in on one’s legacy and image (and also provide for one’s retirement). McCain’s books have aspects of both of these genres. However, his books transcend these clichés and achieve a level of eloquence and moral power that is rare in books by politicians.

When preparing this piece, I went back and read the reviews for each individual book as it was released. These were universally positive, but missed the essence of McCain’s literary project. Only in reading the entire cannon of his work does one get the real scope of McCain’s life as an author and the relationship between his personal service and ambition with that of his role of teacher and self-promoter.

McCain’s great theme is character. It is represent in his first book Faith of our Fathers and it closes out his final book, The Restless Wave published just months before his death. In his three volumes of autobiography, Faith of our Fathers, Worth Fighting For, and the Restless Wave, McCain explores the often difficult, even messy development of his own character. We see the high standard set for him and the oppressing burden placed upon him by growing up the son and grandson of prominent naval admirals. We see the horror of his internment in the Hanoi Hilton and how he used this suffering to further solidify his commitment to America and to the service of his country (in part due to the selfless care given him by the legendary Colonel Bud Day). And finally we see the blood sport that is politics and his abiding dedication to fighting tough and forgiving completely. This is especially true in the aftermath of his failed election campaign for president.  Perhaps most unusually for autobiographies of prominent figures, we see an unwavering devotion to self-critique and the need for apology, self-reflection, and good, if salty, humor. Jeffery Goldberg of the Atlantic famously said that “there is no reward in American Politics for public displays of self-awareness of self-criticism… and yet, John McCain understood human nature, and his own nature, enough to state the plausible: that in moments of great testing, it is possible for any human, including the bravest human, to fail.”

McCain returns again and again to what appear to be the three abiding totems in his life: his relationship with the distinguished naval tradition of his family as represented by his grandfather Admiral John Sidney “Slew” McCain, and his father John S. McCain Jr. Admiral “Slew” McCain, under Admiral William “Bull” Halsey, commanded the main carrier fleet in the Pacific and was present at the surrender of the Japanese on the USS Missouri. He died just four days after returning home from active duty. Admiral John S. McCain Jr. rose to become the Commander of the US Pacific Command during the Vietnam War, including the time in which his son, Jon McCain was being held as a prisoner of war. The second major theme in these autobiographies is his brutal experience as a prisoner in Hanoi for six years. It was in this time that McCain claims that he really learned the depth of character his family had instilled in him as well as an unwavering belief in the goodness and purpose of America. It was this experience that deeply informed his aggressive opposition to anything resembling enhanced interrogation techniques or torture.

The second type of books explore the nature of character. In these volumes, McCain studies the lives of such diverse people as Thomas More, Sir Ernest Shackleton, Sojourner Truth, Queen Elizabeth I, Martin Luther King, Jr., Winston Churchill and most interestingly, a group of 13 mostly forgotten American soldiers who served throughout our history. Each of these subjects exhibits a virtue McCain examines and explores. When reading these books in succession with his own series of autobiographies, one understands the painstaking way McCain forged this own character and how he sees himself not as a figure for self-promotion, but as a figure through which the American people can see the intense struggle one must go through to be a person of character.

The focus on this singular theme of character gives his writings a sense of focus and literary structure. The prose is not only competent but lively and even at times moving. One of the wisest decisions McCain made as an author was to work exclusively with the talented Mark Salter who, as McCain’s aid, was able to take his substantial narrative talents and help direct them to making sense of this maverick of a man he had grown to know so well.

We most remember Senator McCain as a fighter, a man of civility, a war hero, or as a maverick who was always willing to buck his own party for what he thought was right. His oeuvre shows us that the best way to remember McCain is as a teacher of character. He analyzed himself and he analyzed those whom he studied. This was not for the purpose of self-promotion, but in order to try, in any way he could, to preserve (perhaps even reinstall) some of the old virtues that have made us who we are and have stood us well throughout the centuries.

In the last few years, I have heard intense debates over the value of character in relation to policy. The argument goes something like this: although it is unfortunate when one’s character is flawed, but so long as that person supports correct policies, we should support him. McCain’s work shows us the naiveté, and short sightedness of this view. Form can never be divided from function. The messenger always influences the message he gives. No one claims that McCain represented himself as a paradigm of character and virtue, but it was his unwavering devotion to naming his mistakes and working to correct them that is a testament to his character. He loved a fight. But he also loves the process of self-improvement when he realized he lost and deserved to lose.

So for example, McCain’s vote against the appeal of the Affordable Care Act was not a failure in judgment. What McCain rightly understood was that the Senate means more than any one individual bill. It is both unseemly and a rejection of the representative purpose of the Senate to pass such substantial legislation without out either offering a plan to replace the Affordable Care Act or pursuing the traditional channels of vetting and review the American people deserve. We cannot pass sweeping legislation along party lines and assume that this represents the will of the entire American people. McCain understood this. The courage he showed in his last presence in the Senate defined a lifetime of lessons learned about the nature of character. It still seems in many ways we have not learned this lesson. Many of the commentaries after McCain’s vote suggested that the he had supported the actual intention of Affordable Care Act. Nothing could be further from the truth. What McCain supported was the appropriate application of the American process of deliberating while loathing, as he did when the Affordable Care Act was initial passed on a party-line bases, the perversions of our institutions and systems to further the means of those who had not spent a lifetime in the deep study of courage and personal character.

I would like to end with some words from his book, Character is Destiny: “The most important thing I have learned, from my parents, from teachers, from my faith, from many good people I have been blessed to know, and from the lives of people whose stories we have included in this book is to want what they had, integrity, and to feel the sting of my conscience when I have risked it for some selfish reason.”

Character is Destiny: Inspiring Stores We Should All Remember. New York: Random House, 2005.

Why Courage Matters: The Way to a Braver Life. New York: Random Houston, 2004. 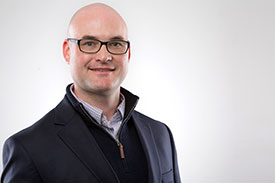 Dr. Matthew Boyleston is an associate professor at Houston Baptist University. His book of poems, “Viewed from the Keel of a Canoe”, was published in 2016 by Educe Press. His poems and essays have appeared in over 40 national journals.