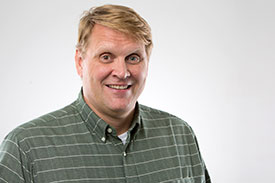 Dr. Timothy Ewest, associate professor of Management in the Archie W. Dunham College of Business, has contributed two chapters to the Routledge Press, “The Routledge Companion to Management and Workplace Spirituality.” The book provides readers with a broad, cutting-edge overview of the discipline of management spirituality and religion (MSR). This book has gathered leading scholars from around the world who share their insights and research on important topics such as linking spirituality and religion, cultural influences on workplace spirituality, mindfulness, and managing spiritually averse people. The volume also covers each of the major religions from both East and West, as well as leadership and spirituality, and issues related to linking spirituality to ethics, sustainability, and CSR. This volume will prove invaluable to any student or researcher looking for a comprehensive survey of the field of MSR.

The first chapter, co-written with David W. Miller Director, Princeton University Faith & Work Initiative, reviews the historical origins, primarily Occidental, that created the divide between the sacred-spiritual and the empirical world as depicted by Charles Taylor. The goal of this chapter is to provide a meta perspective of how historical collective cultural assumptions and their ensuing social forces they create have led to the assumed bifurcation of the sacred-spiritual from the material world. This has resulted in a perceived separation between the sacred-spiritual and material world, which has affected the ways in which individuals, and specifically scholars, have theoretically separated religion and spiritualty. The chapter resolves by delineating how social science research suggests a connection and broad inter-dimensionality between religion and spirituality.

The second chapter, written by Dr. Ewest, explores the connections between sustainability, ethics and spirituality. The chapter argues that if there are innate universal characteristics to human nature, they may provide a constraint to unethical behavior as well as a means to guide human behavior. The chapter then illustrates the polarities of the understandings and theories of human nature, by delineating the classic debate between Foucault, representing an anti-essentialist perspective and Chomsky, representing an essentialist perspective. The chapter resolves, by considering how prosocial research, which posits human values as an essential innate and universal quality of human nature, may act as a means to build a case for the connection between spirituality, sustainability and ethics.