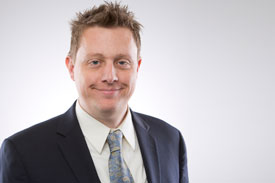 During the month of June, Dr. Joshua R. Farris, assistant professor of Theology, was invited to two events where he represented HBU. The first was the Dabar Conference put on by the Carl F.H. Henry Center at Trinity Evangelical Divinity School with expenses covered.  The conference included the most important evangelical theologians on the topic of theological anthropology including Thomas McCall, Ephraim Radner, Richard Middleton, Marc Cortez among others. The conference centered around the topic of Adam in light of philosophy, science, and theology.

In the second event, Dr. Farris represented HBU at the Personal Identity Summer Study and Conference held in the country of Malta and hosted by the Moscow Center of Consciousness Studies. The instructor was Richard Swinburne, Oxford University Professor, and one of the most important Christian philosophers in our time. The event and the participants were partially funded. While there the participants were invited to the President’s Palace where they met the President herself. The President of Malta also gave an address to conference participants. Additionally, participants had the opportunity to enjoy the Mediterranean Sea in a yacht.