I observed the April Fool’s weekend with two films, both rather surreal:  The Ghost in the Shell and The Baby Boss.  If the schedule had allowed it, I would have substituted The Zookeeper’s Wife for The Baby Boss. 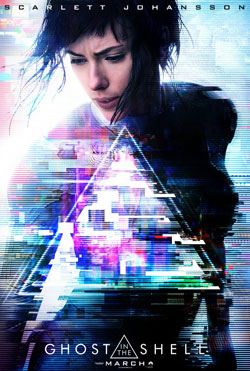 The Ghost in the Shell is based on a graphic novel I have not seen, but I found the film easy to follow even without prior knowledge of the plot.  Scarlet Johansson does well as a young woman whose body is dead but whose brain has been placed in a nearly indestructible cyborg.  I detect a strong influence from such stories as Philip K. Dick’s “We Can Remember It for You Wholesale”  (which served as the basis for the two Total Recall films), but the script can stand on its own.

I saw the 3-D version and I consider it one of the most visually stunning films of recent memory, particularly the first half.  In some ways it rivals Avatar.  I suspect the visual impact will decrease when the film comes out on DVD.  I would urge you to see the 3-D version on a big screen. 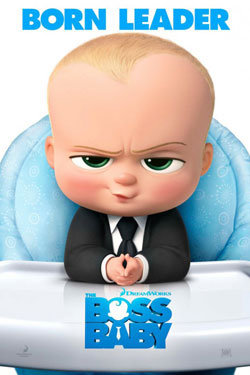 My second film was the over-ballyhooed Boss Baby.  Many people will see it only because of Alec Baldwin’s depiction of an obnoxious baby who thinks he is the head of a major corporation.  The animation is well done and Baldwin does manage to make the brat credible.  My fears that the film would degenerate into something like the old Look Who’s Talking films proved to be baseless.

I had gathered from the trailers that the film was really about sibling rivalry and I was correct.  There is an early visual clue that all is not as it seems.  The second half of the film is almost pure slapstick and I did find myself chuckling several times.  I saw the 2-D version and I doubt that I would have enjoyed the 3-D version any better.

The ending almost certainly precludes a sequel.  I suggest waiting for the DVD of this film.