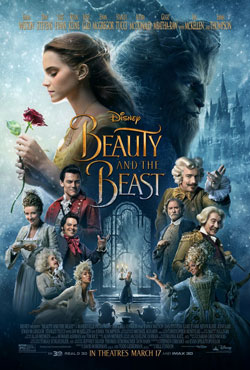 I ended spring break with two very different films:  Beauty and the Beast and The Belko Experiment. (I have also seen the second film listed as The Belkin Experiment.)

Beauty and the Beast is, of course, a live-action version of the 1995 cartoon version.  Many people will see the film only because Emma Watson plays Belle.  She is good, but some of the supporting cast miss the mark. Ian McKellen is especially good as the portly clock Cogsworth.  The production numbers are lavish and a bit overwhelming.  The film does get better and better as it moves along.

Some parents and grandparents accompanying the kids to the movie may be offended by two brief scenes.  I suspect Disney is testing the waters to see how the audience reacts to a whiff of “political correctness,” but the box office numbers speak for themselves. With that one caveat, I have no trouble recommending the film in its large screen format. 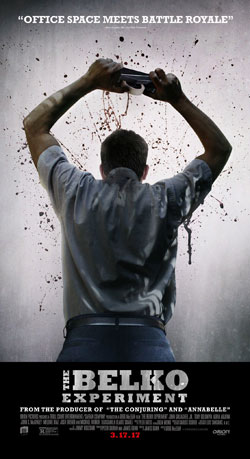 My second film was almost unknown to me except for one trailer.  The Belko Experiment is similar to Lord of the Flies in that it demonstrates how quickly we tend to throw off our thin veneer of civilization when we are under stress.  In this version, a factory is closed off from the world and the trapped workers are given thirty minutes to kill their coworkers or be killed themselves.  What follows is a gory bloodbath as friends turn on friends. Even the nicest people grab for meat cleavers and other useful devices with which to annihilate each other.  About halfway, I figured out the ending; of course, the ending is extremely pessimistic.

One thing struck me as the film proceeded:  not until the halfway point did anyone offer up a prayer.  I honestly can’t come up with a single reason to recommend this one for your viewing pleasure.