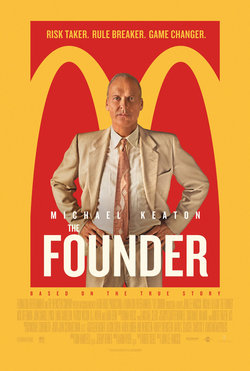 I celebrated a canceled dental appointment by seeing two films on January 27: “The Founder” and “Split”; I was pleasantly surprised by both.
The Founder covers several years of the career of Ray Kroc, the man who claimed he founded the MacDonald’s chain.  Michael Keaton is mesmerizing as the increasingly unscrupulous entrepreneur.  The only other cast member I recognized was Laura Dern, the first Mrs. Kroc; her role is small but significant.

It takes a while to realize that Keaton’s version of Kroc is totally amoral, a man who cares nothing for the lives and careers he wrecks.  The film’s one weakness is that we do not see the last part of Kroc’s career; the story ends abruptly with a series of texts about the fate of some of the characters. I was frustrated at not knowing what had happened to the other characters, but I remain impressed by Keaton.  Since Keaton recently played Birdman and will soon appear as the Vulture in the next Spider-Man movie, he may be in danger of type-casting as a bird of prey. 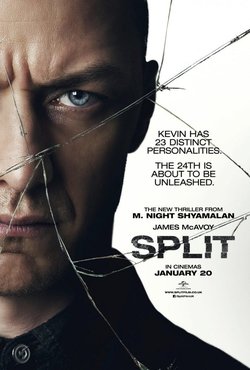 My second film was M. Night Shymalan’s latest thriller, Split. James McAvoy is very good as a man with 23 distinct personalities; we meet only a few of his personalities, but the problem is that a 24th one, known only as the Beast, wants to emerge.  The film has several ghastly moments, but the amount of blood is minimal.

Most of the film deals with three  kidnapped girls who are busily trying to escape; we learn, through flashbacks, that one of the girls has a very unpleasant past.  I was reminded of such films as Psycho, The Collector, and Dressed to Kill.

At first, I thought we were being set up for a sequel, but the twist at the very end took me by complete surprise.  That twisty end may actually be the sequel.  I could say more, but I don’t want to ruin the film for others.