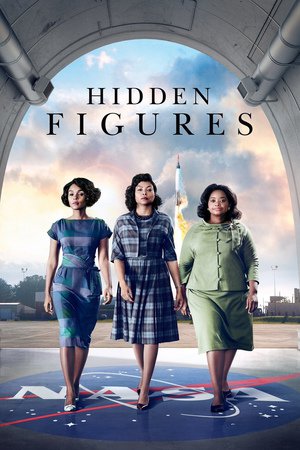 I said farewell to 2016 with two very serious films: Hidden Figures and Fences. Both are set in the 1950s and will make the audience psychologically uncomfortable, but they are worth seeing.

Hidden Figures is based upon the struggle of several African-American women to succeed while working for NASA in the early days of the space program. I have vivid memories of the early space race, but I was totally unaware of the internal workings of the agency, let alone the racism running rampant in its various branches. The major exception to that unstated rule was the late John Glenn; Ed Harris was more convincing as Glenn in The Right Stuff, but Glenn’s basic decency comes through clearly. 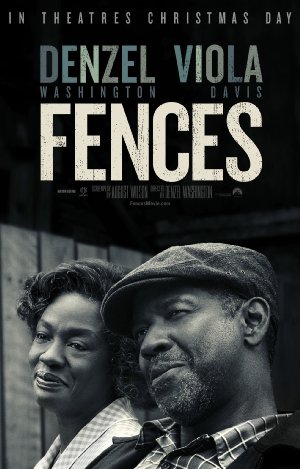 livia Spencer was one of the few cast members I recognized, but I also recognized Jim Parsons; his character is as cold as you can be without standing in a freezer. He never says anything racist, but his misogyny is all too obvious. Kevin Costner does very well as the NASA supervisor who slowly realizes what the agency is losing by its outdated policies.

Fences is based on one of August Wilson’s plays about African-Americans and will probably receive several Oscar nominations. Denzel Washington is excellent as a garbage collector trying to survive; Viola Davis is equally good as his long-suffering wife. At first, Washington’s character seems thoroughly admirable, but we slowly discover the destructive flaws in his character. His past is a long series of mistakes which he tries to ignore, but he makes similar and increasingly worse mistakes with his family. He reminds me very much of Willy Loman in Death of a Salesman, but he also has deep roots in Greek tragedy.

There is a five or six year hiatus between the last two scenes, but we have all the information we need. Some of the language is brutal, but Wilson always had a good ear for the way people speak.

Both films are long, but I recommend them both.