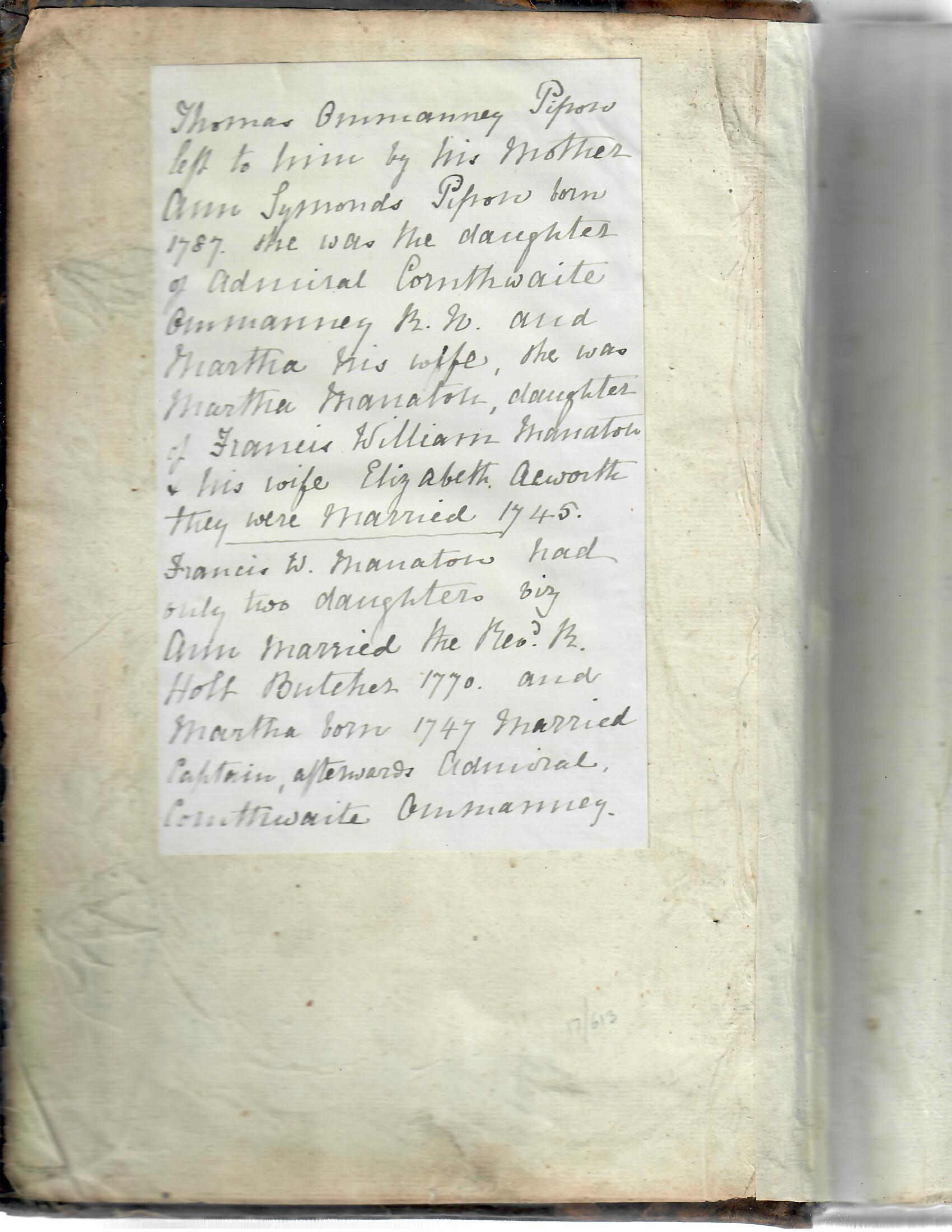 The Bible, that is, the Holy Scriptures Conteined in the Olde and Newe Testament.  Translated according to the Ebrewe and Greeke, and conferred with the best translations in divers languages.  London: Christopher Barker, 1577.

Marriages of daughters of Francis and Elizabeth Manaton:

This 1577 Bible, originally owned by Richard and Elzabeth Knightley,  was given to Thomas Ommanney Pipon by his mother, Ann Symonds Pipon, the daughter of Admiral Cornthwaite and Martha Ommanney.