What Language Does God Speak?

The first known book translated from one language into another is the Bible, and the Bible has been translated into more languages than any other book. Bible translation has always been a part of Christian missions. By 1800, there were 66 foreign language translations with some portions of Scripture and 40 of the whole Bible. Today, the complete Bible is available in a little over 400 languages. Portions of the Bible are available in twice that number. 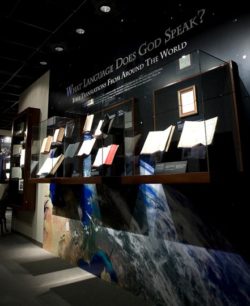 The four Gospels, in Old Slavonic, belonging to Catherine the Great (1729-1796), Czarina of Russia. 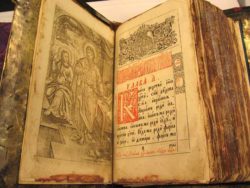 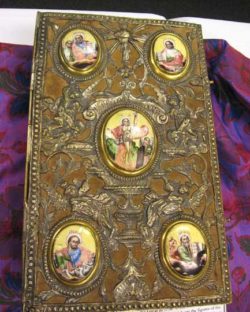 Native Alaskan Gospel. The Gospels and The Acts were translated into Aleut and Alutiiq languages through the supervision of Father John Veniaminov, a Russian missionary who journeyed fourteen months before arriving in Unalaska in 1824. A brilliant and versatile man, he is considered the most remarkable Alaskan of the century – perhaps of all time. Aleut and Alutiiq are the languages of Native Alaskans of the Aleutian Island, of Kodiak, Alaska Peninsula, and Prince William Sound. In creating a written language for the Alaskans, Veniaminoc of course used the Russian alphabet. Interestingly, this Cyrillic alphabet had been developed for the Slavic people by Cyril, a 9th century missionary.

Seth Grant’s 2018 Piece of the Past winning essay on Father Veniaminov and the Gospel for the Aleut. 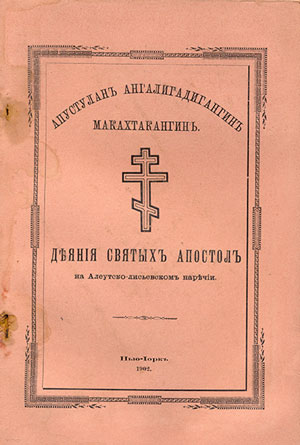 Burmese Bible, Second edition, 1840, Adoniram Judson, translator (1788-1850), with portion of Genesis 1 shown. Adoniram Judson and his wife, Ann, were the first missionaries sent from the to a foreign land. In 1812, they arrived in , but they were not permitted to settle there Therefore,  they  moved to nearby. Adoniram suffered great hardship during his 38 years there including the death of three wives, imprisonment and threatened execution. He spent 24 years translating the Bible into Burmese, publishing the first two editions in 1840. 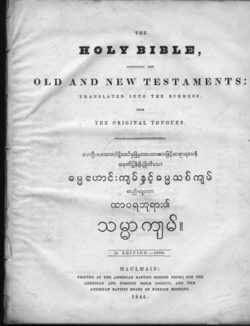 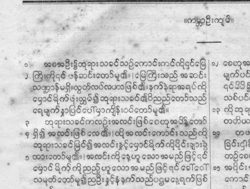 New Testament in Hawaiian, 1832, 1st edition, printed in New York and Oahu. This copy of the completed translation of the New Testament in Hawaiian is signed by Hiram Bingham, a leader of the group of Protestant missionaries who introduced Christianity to the Hawaiian Islands in the 1820’s. Bingham created the spelling system of the Hawaiian language and was a leader, along with Asa Thurston, in translating the Bible into Hawaiian. The New Testament was printed in sections, with Matthew printed in 1828, followed by Mark, Luke, and John in 1829-1830, and the rest of the New Testament completed in 1832. Though the early translated books were printed in New York, by 1830 the A.B.C.F.M. missionaries had their own mission press on Oahu. This first edition is a compilation of the various sections printed from 1828-1832. 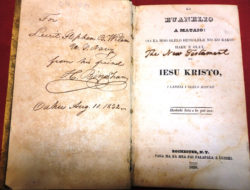 This manuscript portion of the Scripture in Chinese is from the time when it was illegal to have a Bible in Communist China. People cherished even the smallest hand-written portions of Scripture.  (Read Caleb Wong’s 2019 winning essay from the Piece of the past contest: “Manuscript of Scripture Portion in Chinese.”)

Though religion is still restricted in China, Bibles are now allowed, are printed in China, and can be purchased in the bookstores. 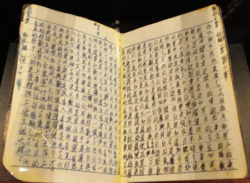 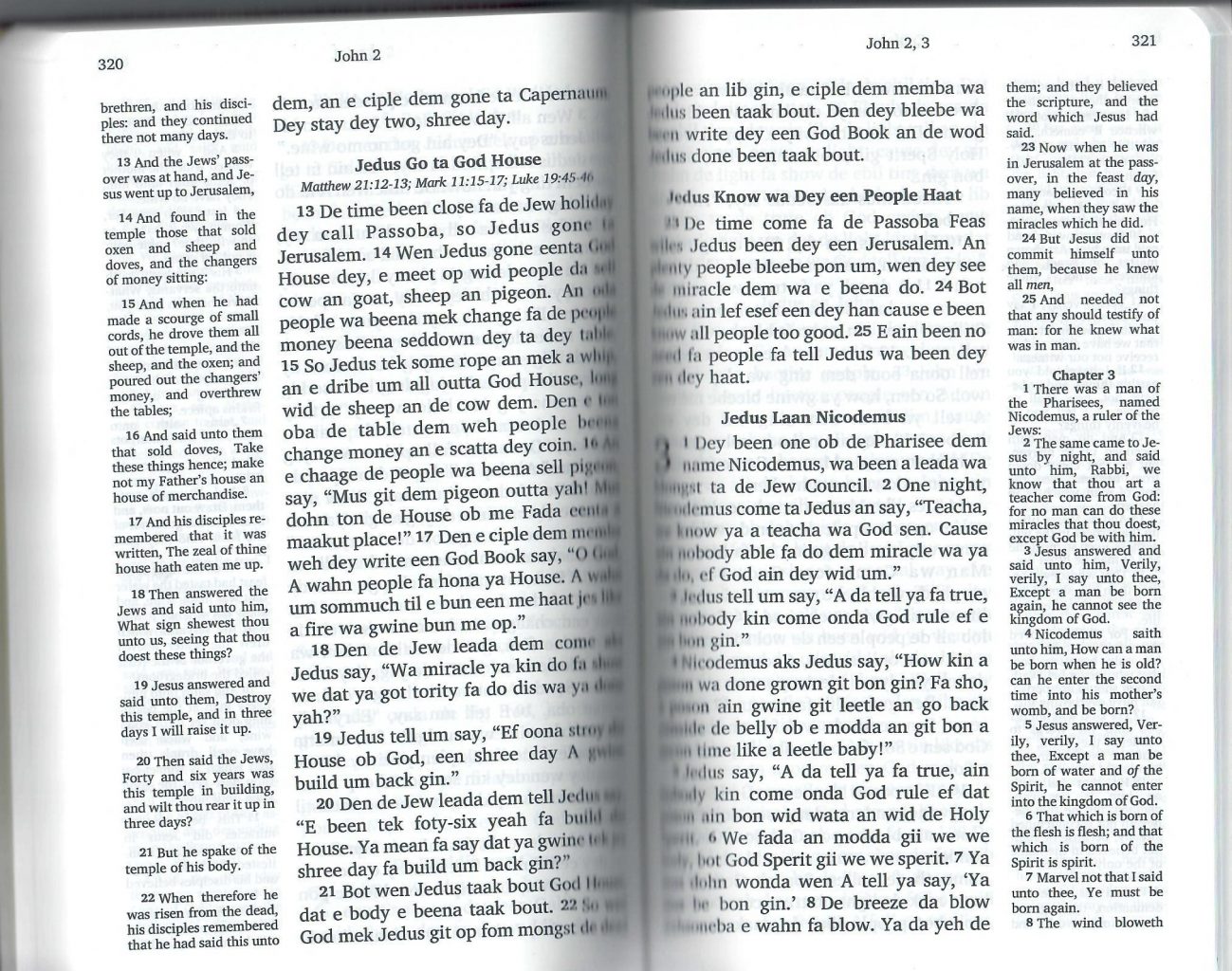