The Bible has been part of education since the earliest days in America. The New England Primer, first published in 1690, taught the alphabet using a Biblical framework:

In Adam’s Fall
We sinned all
Heaven to find,
The Bible Mind
Christ crucify’d
For sinners dy’d.
The Deluge drown’d
The Earth around….

Education in the earliest colleges was also founded on the Bible.  College students at Harvard and Yale were required to read the Scriptures twice daily, and be able to give an account of their reading.  Early Harvard rules stated, “the only foundation of all knowledge and learning” was Jesus Christ.
Dr. Benjamin Rush (1745-1813) was a distinguished physician, signer of the Declaration of Independence, and for many years Treasurer of the U.S. Mint.  He wrote a letter which later became a tract entitled “A Defence of the Use of the Bible in Schools.”  In it he wrote, “we waste so much time and money in punishing crimes and take so little pains to prevent them.  We profess to be republicans, and yet we neglect the only means of establishing and perpetuating our republican forms of government, that is, the universal education of our youth in the principles of Christianity by means of the Bible; for this divine book, above all others, favors that equality among mankind, that respect for just laws; and all those sober and frugal virtues which constitute the soul of republicanism.” 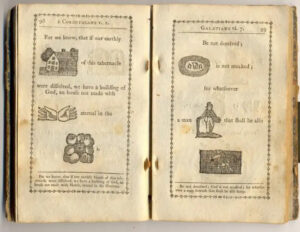 This is the first American edition of a work first published in England and recommended by Rowland Hill, a founder of the London Missionary Society and author of numerous hymns and children’s works. Hieroglyphic Bibles used pictures to encourage children to “read” the Scriptures. Each page contained a separate Bible verse. In his forward, Rev. Hill wrote, “I fear we are not sufficiently attentive to the good of the rising generation. I hope your effort will excite a spirit of diligence in the minds of many, to attend upon the solemn and important duty of bringing up children in the nurture and admonition of the Lord.”

NOAH WEBSTER, SCHOOLMASTER TO THE NATION
Noah Webster (1758-1843) had a tremendous influence in shaping the young United States through the wrote.  Webster was very much concerned that the United States develop a distinctively American, as opposed to an English, culture.  His dictionary, grammars, U.S. history, and famous blue-back speller were used for decades.  Webster very much believed that religion and morality were a necessary part of the education of a republican people.  He wrote, “In my view, the Christian religion is the most important and one of the first things in which all children, under a free government, ought to be instructed…No truth is more evident to my mind that that the Christian religion must be the basis of any government intended to secure the rights and privileges of a free people.”

Webster published his Compendious Dictionary of the English Language in 1806.  A revised, more extensive second edition in  rwo volumes, the  Comprehensive Dictionary, was published in 1828. Webster dedicated his complete 1828 American Dictionary to God, believing He had given him the strength to complete the work. 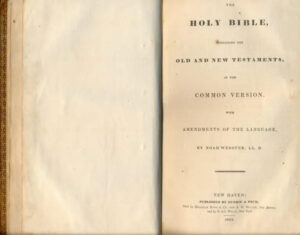 In 1833 Noah Webster issued The Holy Bible With Amendments of the Language.  He considered his 1833 modernization of the Bible “the most important enterprise of my life.”  Since the English language had changed much since the 1611 King James translation,  Webster replaced obsolete words with understandable ones and corrected changes in grammar.  Webster also modified words he felt were “offensive to delicacy” or could not “be uttered in company without a violation of decency. 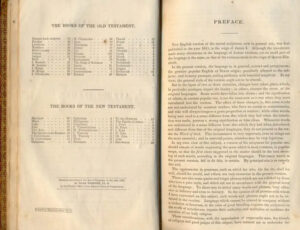 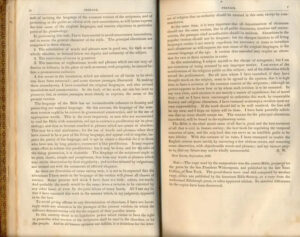 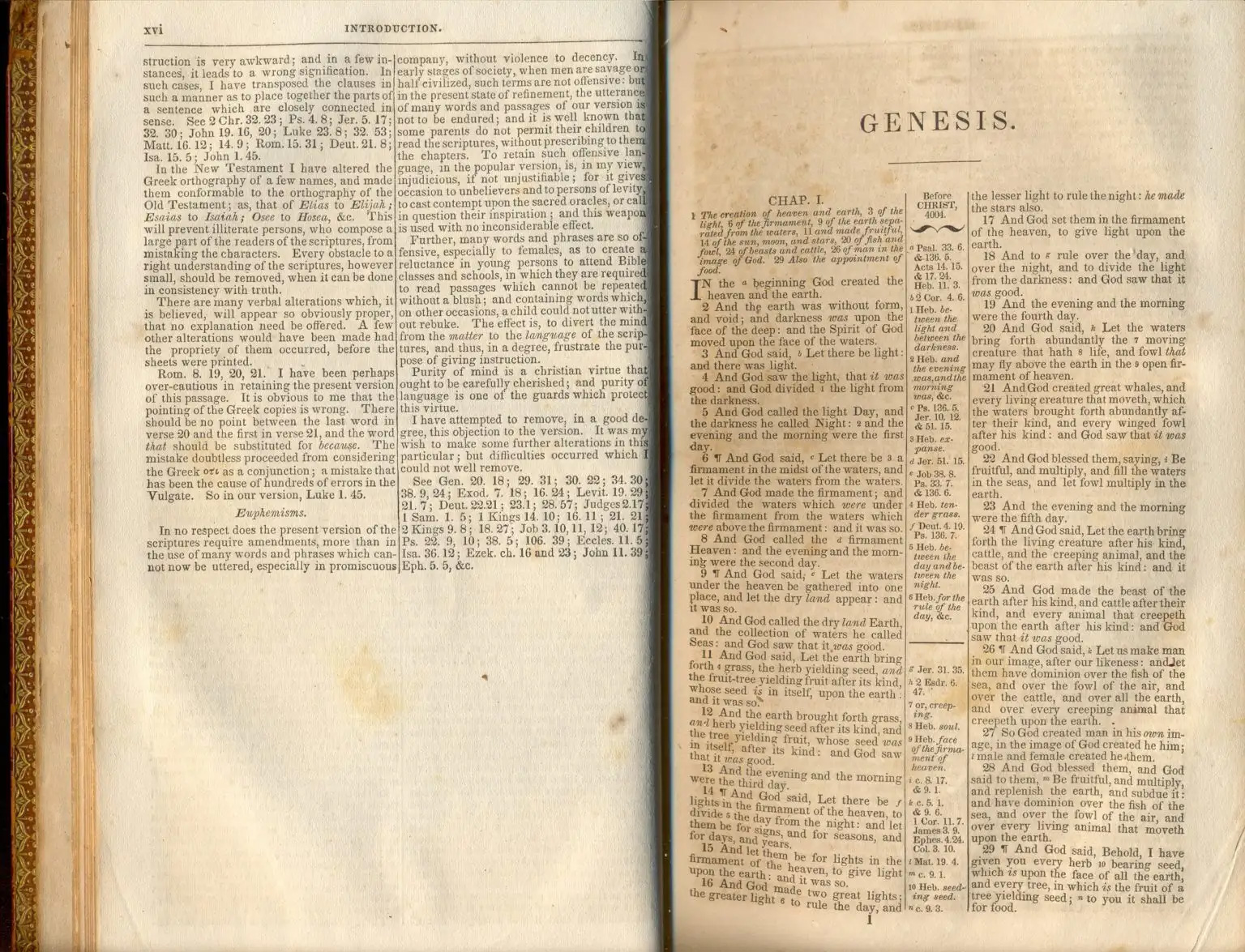 NEXT: What Language Does God Speak?