About the Dunham Bible Museum

The Dunham Bible Museum had its beginnings in 1997, when Houston Baptist University purchased a collection of rare American Bibles and Christian books from Jonathan Byrd, an entrepreneur in Indiana, who had assembled his collection over a 30 year period. The collection includes first editions of significant 18th and 19th century American printings of Scripture. Included are the only existing copy of one of the oldest New Testaments in America, the Francis Bailey New Testament printed in 1780, and the 1782 Aitken Bible, the first English Bible printed in America. Also included are rare first American editions of Foxe’s Book of Martyrs, Gibbon’s Rise and Fall of the Roman Empire, and Josephus’ Antiquities of the Jews. In addition, a number of children’s hieroglyphic Bibles and schoolbooks by Noah Webster are among the rare volumes.

After we moved into the Morris Cultural Arts Center, the Museum was able to purchase the collections of Drs.  Donald Brake and John Hellstern.  These two scholars had also spent a lifetime collecting, especially English Bibles.  They held major exhibits from their collections  in Dallas, Branson, and  Oklahoma.  Dr. Hellstern’s description of his collection includes 1) Manuscript and Early Printing; 2) 17th century Bibles; 3) 18th century Bibles; 4) 19th century Bibles, part 1; 5) 19th century Bibles, part 2.   Dr. Brake’s collection is also extensive and includes a fine collection of printed Greek Testaments, beginning with Erasmus’ 1516 edition.  Dr. Brake  has also written two books which highlight items in the Brake/Hellstern collections A Visual History of the King James Bible and A Visual History of the English Bible.

In 2015, Bill Chamberlin donated his extensive Bible collection to the Dunham Bible Museum. 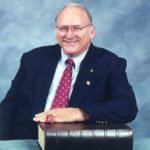 Chamberlin is the author of Catalogue of English Bible Translations: A Classified Bibliography of Versions and Editions.  Chamberlin’s collection includes original language Bibles and is rich in the numerous English translations.

A searchable catalogue of the entire collection is available online.