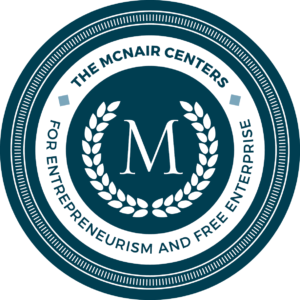 “From Idea to Free-Market Opportunity: The True Path of Generosity”

Lou resides in Parker, CO but was raised in Dallas, TX and attended the University of North Texas.  He is a portfolio entrepreneur, philanthropist and a family man who enjoys raising alpacas, collecting antique cars and reading God’s Word.

Simon Lee, is an entrepreneur, philanthropist, speaker and author. He graduated from the University of Texas Austin, Dallas Theological Seminary and Harvard Business School OPM 46. Simon founded EIS Office Solutions, Inc. in 2004 with one goal:  to donate 50 percent of the company’s profit to support Christian ministries focused on education, fighting the cycle of poverty, and sharing the love of Christ. Today, EIS Office Solutions is a multi-million dollar company with thirty-eight warehouse distribution centers located around the United States.

Simon resides in Houston, TX, but is originally from Taiwan. He has authored, One Company Under God was written to showcase God’s faithfulness to our obedience and to invite your company to support God’s ministries at home and abroad.

Mr. Elliott founded Elliott and Craft Corporation. He served as President of this computer services company until 1991. He is a member of the Board of Wyoming Catholic College and the President’s Council of St. John’s College. He is also a member of the Academy of Philosophy and Letters, and on the Board of the Philadelphia Society. He is a Patron of Centro Studi Russell Kirk (Milan, Italy), and a member of the Board of Trustees of Angelico Press. Mr. Elliott earned a Bachelor of Arts degree in History from Washington College in 1982. In 1991, he was awarded a Masters of Business Administration, with Honors, from the University of Houston. Additionally, he did theological studies at the University of St. Thomas School of Theology.

Winston is also a Visiting Professor of Liberal Arts and Conservative Thought at Houston Baptist Universityalong with his esteemed wife Barbara who is a professor in the Honors College of Houston Baptist University.  They have four children, Stephanie, Thomas, Winston IV, and Elizabeth, a son-in-law John, daughters-in-law Marti and Kyla, and six grandchildren, Mary, Benedict, Dominic, Alexander, Paul, and Addison.
Armand S. Shapiro serves as a consultant to private businesses on decision processes, business and market strategy, company culture, organization structure, cost structure and capital structure. He also serves as a mentor to the Chief Executive owner and other key staff. Mr. Shapiro joined Newport Board Group as a Partner from October of 2011 thru June 2015. Newport Board Group is a partnership of board director and senior executive leaders that assists emerging growth and middle market companies improve their performance. Mr. Shapiro was the Chairman and Chief Executive Officer of Garden Ridge Corporation from 1990 until June 1999. During the 1980’s, Mr. Shapiro also served as president, a member of the executive management team, and a director of Computer Craft, Inc., then a publicly traded retailer of computer products. He was previously a partner and Chief Operating Officer of Modern Furniture Rentals, Inc., a family-owned and operated business. Mr. Shapiro has served as a director on Susser Petroleum Partners, Susser Holdings, L.L.C., Garden Ridge Corporation, and Bindview Corporation all of which were public companies. As a director he served as chairman or on audit, compensation and corporate governance committees. Mr. Shapiro also served as a director of several privately held entities and has served as a member of the adjunct faculty of Jesse H. Jones Graduate School of Management at Rice University. Mr. Shapiro is a graduate of Renesselaer Polytechnic Institute and has served as an officer in the United States Army.