The heart of Independence Hall is the famous Assembly Room. It was originally the seat of the Pennsylvania Colonial Legislature but was loaned to the Continental Congress at the outbreak of the Revolution. It was here in 1776 that the debate over American Independence occurred and the Declaration of Independence was debated and approved.

Over a decade later, the Constitutional Convention of 1787 assembled to craft our nation’s Constitution. Great care has been taken to recreate this room as it might have looked during these momentous events in our nation’s history. The men present at our nation’s founding – John Adams, Benjamin Franklin, George Washington, and Alexander Hamilton – would feel right at home in this historic and familiar setting.

Our recreation is used for special class lecture and visiting school groups to learn more about our nation’s history and founding principles. What better way to learn about the American founding than in the room where it happened! 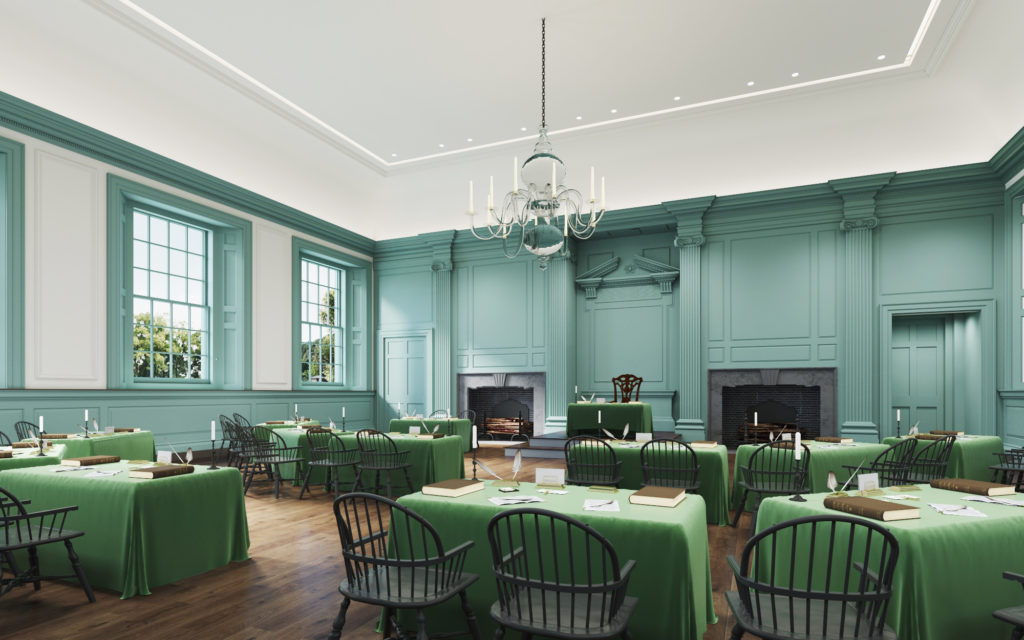