Craig Evans is the John Bisagno Distinguished Professor of Christian Origins here at Houston Baptist University, and he is an internationally recognized New Testament scholar. As you’ll see from his bio below, he has published widely on Jesus and the Gospels, Second Temple Judaism, and the wider NT. Evans is particularly interested in connecting Jesus and his early disciples to the historical world of early Judaism and the ancient Mediterranean. With his interest in the material culture of the biblical world, he has participated in a number of archaeological digs in Israel. He would love to mentor and supervise students who have these similar passions. For a wider perspective on his work, check out www.craigaevans.com.

Craig’s vision for the DMin: 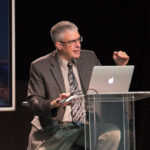 Much of today’s preaching is weak in biblical content and so is in urgent need of strengthening. HBU’s D.Min. in New Testament is designed to take students to a new level of understanding the text and ability to defend its message. We will study the text in full context, which will include study in the holy land itself.

Craig Evans received his Ph.D. (1983) in New Testament from Claremont Graduate University and the D.Habil. (2009) from Károli Gáspár University of Budapest. He taught at Trinity Western University for more than twenty years, where he founded the Dead Sea Scrolls Institute and directed the Graduate Program in Biblical Studies, and thirteen years at Acadia Divinity College in eastern Canada. Evans has authored many books, including Jesus and His Contemporaries (Brill, 1995), Mark, in the Word Biblical Commentary (Nelson, 2001), Jesus and the Ossuaries (Baylor, 2003), Ancient Texts for New Testament Studies (Hendrickson, 2005), with N.T. Wright, Jesus, the Final Days: What Really Happened (Westminster John Knox Press, 2009), Matthew, in the New Cambridge Bible Commentary series (Cambridge, 2012), From Jesus to the Church: The First Christian Generation (Westminster John Knox Press, 2014), Jesus and the Remains of His Day: Studies in Jesus and the Evidence of Material Culture (Hendrickson, 2015), and Jesus and the Manuscripts (Hendrickson, 2020).

Ben Blackwell is the Director of HBU’s Houston Theological Seminary and is a noted scholar of the New Testament. After studying in Durham, England with John Barclay and serving as the research assistant for NT Wright, he has gone on to write and edit a number of books and articles about the New Testament. He has a number of interests: all things related to Paul, salvation in the NT, the Kingdom of God in the Gospels, and how early Christianity is an expression of Second Temple Judaism. With a particular interest in the theological interpretation of Scripture, Ben brings a distinct focus on how the church throughout history has read, interpreted, and lived the Bible.

Ben’s vision for the DMin: 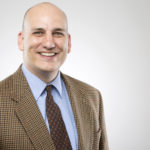 I love that in our DMin program we will bring together the best of academic study of the Bible and the fruit of years of lived engagement with the Bible from those in ministry. The NT is ultimately very practical addressing the live needs of early Christians, but is now often sequestered away through academic discussion, so I’m excited that we can foster this unique combination of a truly academic approach to the NT together with a nuanced engagement of the contemporary cultural situation.

Ben Blackwell received his Ph.D. (2010) in Early Christianity from Durham University (UK), where he had the opportunity to serve as the research assistant for both NT Wright and John Barclay. He has been teaching NT, theology, and ethics with Houston Baptist University and Westminster Theological Centre (UK) since 2011. Blackwell has authored and edited a number of books, including Participating in the Righteousness of God (Eerdmans, forthcoming), Christosis: Engaging Paul’s Soteriology with His Patristic Interpreters (Mohr Siebeck/Eerdmans, 2016), Paul and the Apocalyptic Imagination (Fortress, 2016), and Engaging Theology: A Biblical, Historical, and Practical Introduction (Zondervan, 2019). He is best known for his co-editing of the series on the reading the NT in light of Second Temple Judaism: Reading Romans in Context, Reading Mark in Context, Reading Revelation in Context, and Reading Hebrews in Context. He is co-editor of two monograph series: New Testament Theology, new series (Cambridge) and Lectio Sacra (Cascade).

We would love to have you join our community of faith, as you take this next step in your leadership development. Please contact Richard Olds, the administrator of the DMin program, for more information: oldsrd@hbu.edu or call the DMin office at 281-649-3383.