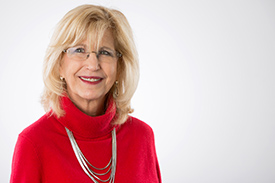 Supervisor of Internship in Church Music

Dr. Furr teaches all of the courses in musicology and organ.  She also supervises the music education program.

Organ compositions based on hymn tunes, published by Fred Bock Music, include: Celebration on Joyful, Joyful We Adore Thee, O God, Out Help in Ages Past, Be Thou My Vision, Rejoice, and Celebration on Holy, Holy, Holy.  Dr. Furr is a contributing author to Jubilate, Amen! A Festschrift in Honor of Donald Paul Hustad and wrote both the biographical and bibliographic chapters on Hustad.  She has published articles in The Hymn and The American Organist.

Dr. Furr was the Convention Coordinator for the 2016 American Guild of Organist’s National Convention. Over 1,200 organists, ministers of music and organ enthusiasts from around the globe attended the convention that featured 76 workshops and 35 concerts/worship services.  This leadership position involved supervising 17 committees and oversight of a one million dollar budget. Dr. Furr served for a decade on the National AGO Council for Conventions. As a member of this team, she assisted with the National Convention Guidelines revisions. She has also worked as Dean of the Houston Chapter of the American Guild of Organists, and Dr. Furr was one of six Texas organ faculty members selected to teach in the Pipe Organ Encounter-Advanced, a week-long intensive for advanced high school organ students.

Dr. Furr was the university consultant for the Smith Organ in Belin Chapel at HBU, responsible for the oversight of a 1.5 million dollar gift.  She worked closely with Letourneau’s Artist Director, Andrew Forrest, to design the Smith Organ for wide-ranging use in performance, worship, and instruction.  Dr. Furr was the person primarily responsible for pipe specification and console design that affect the instrument’s range of sounds, functionality, and repertoire versatility. She has also worked as an organ consultant on instruments in North Carolina, Kentucky, and Texas.

Dr. Furr was selected as the HBU Piper Professor Nominee in 2016-2017 and 2009-2010, HBU’s most prestigious faculty teaching award. She was elected as the Opal Goolsby Nominee for the School of Fine Arts in 2019, awarded by student vote.  Other awards include Woman of the Year, Opal Goolsby Teaching Excellence Award, Faculty Woman of the Year, and the Leadership Award for the Houston Chapter of Sigma Alpha Iota, the International Music Fraternity for Women. She has led 13 cultural art tours in Europe.

As University Organist, she provides music at graduations, convocations and choral concerts.  She organizes the yearly HBU Organ Recital Series that features organists from the Houston area and beyond.  While at HBU, Dr. Furr has served on dozens of committees, and she led many as Chair. She was Faculty Sponsor for the woman’s Christian organization, Sigma Phi Lambda, for a decade and was the founder/editor of HBUpbeat, a Newsletter for Music Alumni.  Dr. Furr initiated the formation of the HBU Retirees’ Association while President of the HBU Faculty Assembly.

She currently serves as organist at First Presbyterian Church of Houston, a position she has held since 2004. Each year, Dr. Furr accompanies the FPC Chancel Choir in major choral works on organ, piano, and harpsichord. She has also ministered to congregations as organist at several Houston churches, including Grace Presbyterian Church, First United Methodist Church and Willow Meadows Baptist Church. She is active as a recitalist, clinician and speaker.