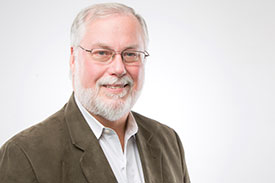 Dr. Kramlich served on the National Executive board of the MTNA, during which time he was chair of the MTNA National Composition Commissioning Program and competition.

A full-time member of the School of Music faculty since 1981, Dr. Kramlich is also quite active as a pianist as well, performing frequently in chamber recitals and other venues. Active in the community and the church, he is also the Music Director at Mission Bend United Methodist Church. His favorite extracurricular activities include racquetball, softball, and golf.