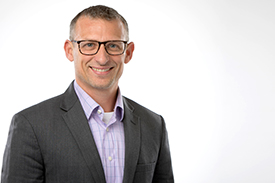 Journal Article: “’Take Away Your Opium and Your Missionaries’: The Opium Wars (1839-1860) and the Chinese National Psyche” in Bible in Transmission, 2013

Conference Presentation: “The Role of Union Theological Seminary (NY) in the Glocalisation of Chinese Christianity,” Manchester 2014

Yale-Edinburgh Group Presentation: “The Three-Self Patriotic Movement of the Protestant Churches in China as a Renewal Movement? Exploring the Role of Union Theological Seminary (New York) in the Formation of an Indigenous Chinese Church in the Twentieth Century,” University of Edinburgh 2012

Dr. Sneller serves as the Director of Innovation for Bridges International. He has been married over 24 years and has six kids. In his free time he enjoys traveling, watching (and often lamenting) both Arsenal Football Club and Texas A&M football, doing CrossFit, and especially hanging out with his family. He has served on church teams in Houston, London, and Katy and loves encouraging pastors and future pastors.