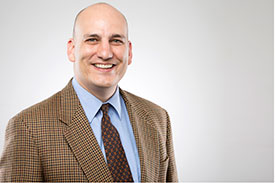 My primary teaching areas are the New Testament and Theology, but I thoroughly enjoy interacting with students on a wide variety of topics. I am particularly interested in helping students see how Christians of various time periods read the Bible differently. Being highly influenced by the British model of using seminars (instead of just lectures), I regularly incorporate group discussion into my classes so I can help students understand the relevance of the Bible in ancient and modern contexts.

I love teaching at HBU because of the diversity of students we have on campus here. Being one of, if not the most, ethnically diverse Protestant campuses in the US, we have the benefit of students from all sorts of ethnic and religious backgrounds reading the Bible together. We don’t have to wonder what Baptists, Methodists, Presbyterians, and Lutherans think about issues, since we have them right here in class. Our evangelical ecumenism allows us to celebrate our common heritage of the Great Tradition and to debate vigorously, but amicably, our differences. In particular, since our target number is 15 students in our master’s classes, we really have the opportunity to engage in deep discussions that I never experienced in my seminary experience where we often had 30-60 students in class.

My primary research interests are in the areas of Pauline soteriology and the reception history of the New Testament, particularly in the Greek patristic tradition. Other topics of interest are Trinitarian theology and the contemporary interest in the Eastern Orthodox theology of theosis.  I have presented my research in a number of national and international conferences. I blog with friends from Durham at Dunelm Road.

While living in Durham, England, I had the pleasure to serve as the research assistant for two of the best New Testament scholars in the UK: John Barclay and N.T. Wright. In particular, I helped with various aspects of Wright’s Paul and the Faithfulness of God (2013), After You Believe (2010), and Justification (2009). I also taught with and still continue to teach for Westminster Theological Centre in England. At Durham University, I was a Doctoral Fellow and was later a Junior Visiting Fellow at St. John’s College.

In Dallas I worked for the international consulting firm, Willis Towers Watson, for 7 years as an actuarial consultant, providing services for several Fortune 500 companies related to their defined benefit pension plans and retiree medical plans. I am currently an inactive CPA, licensed in Arkansas. For that reason, you might just get a lecture on saving for retirement if you’re my student.

With a strong desire to invest in the church, I have served as a lay leader in a variety of ministry areas such as social justice missions, teaching, and preaching. I served for several years as the local missions coordinator at Fellowship Church (Grapevine/Dallas). I later served as a local preacher in the Durham Methodist Circuit as well as the senior steward with Carrville Methodist Church in Durham. I preach in churches around Houston, and I teach regularly in my church, Sugar Land Vineyard, where I also served on our team to fight human trafficking in Houston.

In my time away from the office, you’ll most likely find me hanging out with my family and playing board games.