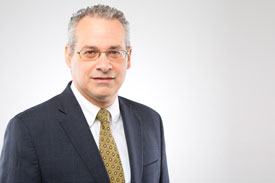 Dr. Joseph’s teaching areas include the U.S. history surveys as well as upper-division courses in American history to 1877, U.S. Legal History, and the history of ideas of the unborn.

Dr. Joseph’s research interests include early American government and the history of unborn life in America and in the Western tradition.  He is currently editing the legal papers of James Iredell, one of the first justices of the United States Supreme Court. His publications include:

From Liberty to Liberality: The Transformation of the Pennsylvania Legislature, 1776-1820 (Lexington Books, 2012).

“The Decline of the Cheerful Taxpayer: Taxation in Pennsylvania, 1776-1815,” in William Pencak, ed., Pennsylvania’s Revolution (The Pennsylvania State University Press, 2011).

Prior to beginning his tenure at HBU, Dr. Joseph held the position of Associate Professor of History at Eastern University in St. Davids, PA, from 2000-2008. He was associate editor of The Documentary History of the Supreme Court of the United States, 1789-1800, from 1996-2000.

Dr. Joseph is faculty adviser to HBU Students for Life and a coordinator and judge for HBU’s “A Piece of the Past” museum essay contest.