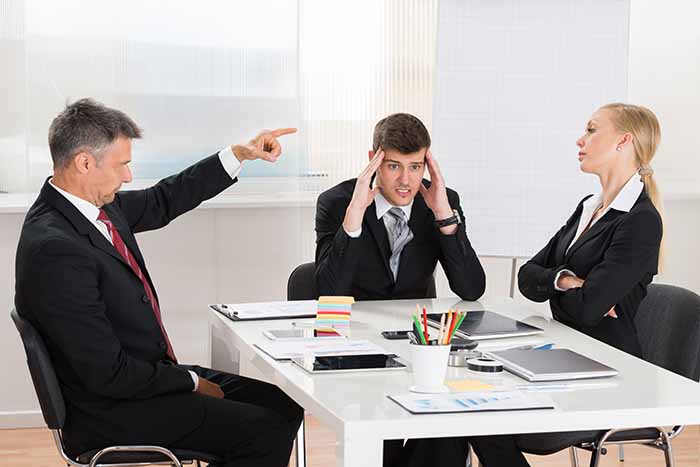 Whether we like it or not, in the course of our lives we run into people who we simply cannot get along with. In the context of business, this often proves to be especially difficult since, unlike friends who we can avoid or family who we may seek reconciliation through counseling or forgiveness (regardless of who wronged whom), professional relationships are often fragile and consequential at the same time. A difficult boss, an incalcitrant subordinate, a peer with a competing agenda, a valued customer pushing the limits of relationships, or a business partner offended by Christians’ “holy” conviction to doing business “by the Book.” These are not infrequent encounters in marketplace situations. How then, as followers of Christ, can we seek to “live in peace with one another” (Thess. 5:13), as the Scripture instructs?

I learned painful lessons from similar encounters in my business career because I had sought solutions from passions of the flesh, not the Spirit. When I was a young, high achieving manager with a global firm, I hired an analyst who was well credentialed but unbelievably incompetent (in my view). Not willing to let my own sterling work record compromised by his subpar performance, I sought repeatedly to have him dismissed. Instead, corporate human resources and my superior instructed me to assign this employee projects with clear learning objectives to aid in his development needs. The employee sensed correctly that he had the backing of the “system” and was emboldened to take my assignments with an attitude. Our relationship deteriorated further as I was unwilling to give him support and guidance. In the end it was I who asked for a transfer. I suffered defeat because I wanted to win.

On another occasion a colleague and I were both mid-level managers reporting to the same boss. A tacit competition was on for the senior job. My group could tout consistent, superior efficiency and hard work. My colleague, however, was able to cozy up to the boss by becoming his avid golf and drinking buddy. Soon I was no longer in the in-group. Our mutual disaffection spoiled opportunities where we need to work together. In the end I left the company for other opportunities. I suffered defeat because I wanted to win.

On yet another occasion, as the new CFO of the firm, I came to the unpleasant realization that the CEO was engaging in deceptive business practices to boost corporate performance and to lure prospective investors. My objection to the practices elicited harsh rebukes from the CEO. The cordial friendship soon deteriorated into frequent caustic encounters. I loathed heading to work every morning and would avoid at all cost meeting the CEO in the office, which of course was impossible since we were the top two executives in the firm. The constant conflicts took a heavy toll on both of us, but to me in particular because I knew “tic for tac” is not God’s recipe for mending broken relationships or winning over enemies. In the end I surrendered the fight. I suffered defeat because I wanted to win.

God gives us unpleasant experiences often to teach us His way of handling human relationships. When I became the sector CFO of a major multinational business I reported to the sector CEO on a dotted line basis. When I attended the CEO’s very first staff meeting I felt publicly humiliated as he openly questioned my mission and vowed to not cooperate with my efforts. For more than a month I was deeply depressed as my success greatly depended on the support of the CEO and his direct reports. Instead of sulking over certain defeat, I decided to take a humbling approach. Over the next 12 months I worked extra hard to win over the trust of the CEO and his staff by painstakingly building personal friendship and offering unconditional help and support for their missions. I took their success and failures as my own. In return for their sometimes harsh rejections, I piled on kindness and encouragement, pledging assistance from me and my staff for their critical missions. When I left the firm two years later, the entire senior management team had become my very best friends.

The Scripture has a timeless advice for all who face difficult relationships in the marketplace. “Do nothing from selfishness or empty conceit, but with humility of mind regard one another as more important than yourselves; do not merely look out for your own personal interests, but also for the interests of others” (Phil. 2:3-4). The biblical wisdom of returning kindness for hostility often unwittingly dismantles your enemies’ defenses and appeals to his or her conscience. To receive kindness, to experience love when it seems uncalled for, can melt the hardest heart. This, as Paul points out, is like “heaping coal” on your enemy’s head (Rom 12:20). This is undoubtedly the “win-win” solution to difficult personnel conflicts in any business career.

Dr. Ernest P. Liang teaches finance and economics and directs the Center for Christianity in Business at Houston Baptist University. He can be reached at eliang@hbu.edu.