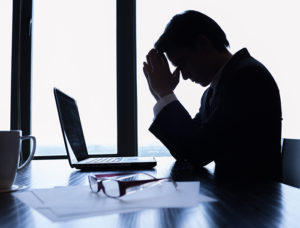 “Epaphras, who is one of you and a servant of Christ Jesus, sends  greetings. He is always wrestling in prayer for you, that you may stand firm in all the will of God, mature and fully assured” (Colossians 4:12).

Paul defined success in different terms. He believed success was based on whether he fulfilled the purposes of God in his life. Whatever physical accompaniments included was totally up to God. Paul knew that fulfilling God’s will for his life meant knowing Christ intimately and through that relationship he would know and experience the power of God. “I want to know Christ and the power of his resurrection and the fellowship of sharing in his sufferings, becoming like him in his death, and so, somehow, to attain to the resurrection from the dead” (Phil 3:10-11).

Prayer as a Marketing Strategy

For most of us who work in the marketplace, we determine our strategy by research, a thorough evaluation of the competition and market viability. Based on what we discover in this process determines our course of action.  These things are important, but they are only a small piece of the puzzle for the Romans 8:14 marketplace believer (those who are led by the Holy Spirit are sons of God.)

Inventions for Agriculture Through Prayer

It is said of George Washington Carver that he got up early in the morning each day to walk alone and pray. He asked God how he was to spend his day and what He wanted to teach him that day. Carver grew up at the close of the Civil War in a one-room shanty on the home of Moses Carver-the man who owned his mother. The Ku Klux Klan had abducted him and his mother, selling her to new owners. He was later found and returned to his owner, but his mother was never seen again.

As he made new discoveries, he never became successful monetarily, but he overcame great rejection during his lifetime for being black. He was offered six-figure income opportunities from Henry Ford, and he became friends with presidents of his day, yet he knew what God had called him to do. His epitaph read:

He could have added fortune to fame, but caring for neither, he found happiness and honor in being helpful to the world. [John Woodbridge, More Than Conquerors (Chicago, Illinois: Moody Press, 1992), 312.]

King David was an entrepreneur. He grew up as a shepherd boy and later became Israel’s greatest warrior. He responded to opportunities, like the time when no one would fight Goliath. He saw this as an opportunity. He ultimately became king of Israel and faced many opportunities placed before him. David learned an important lesson somewhere along the way that each of us as workplace believers should learn.

As an entrepreneur, the greatest danger is engaging ourselves in activities in which God never intended us to be involved. This is poor stewardship of what God has entrusted to us. When the Philistines attacked David, he always inquired of God as to when he was to counterattack. When he was attacked a second time on one occasion, David inquired of God as to whether he was to attack yet. This time God said yes, but with a condition, “Wait until you hear the sound of marching in the balsam trees” (see 2 Sam. 5:24). This story tells us that David had learned an important lesson about staying vertical in his relationship with God at all times. David had learned the important principle of staying focused on what God wanted for him, not what seemed logical. He was an opportunist, but only through the filter of the Holy Spirit in his life. Through prayer, David sought God’s strategy for winning his battle. And just because he won the last time by attacking straight away, did not mean God wanted to do it the same way. David inquired of God and got God’s strategy for the second battle.

Jacob left his homeland after suffering a broken relationship with Esau for stealing the family blessing. He went to work for his uncle Laban where he stayed for 20 years. It came time for him to leave, but he had no physical assets to show for those years under Laban. Laban had taken advantage of his nephew in every way. (In some ways, Jacob was reaping the seed he had sown his entire life as a manipulator and controller.) Nevertheless, God’s hand was on Jacob, and He had plans to prosper him. However, Jacob had one problem — he had no resources of his own. For Jacob to launch out on his own, he would need resources. In those days, resources often meant large flocks of animals. God gave Jacob a dream that resulted in a strategy for creating wealth by multiplying his sheep. Even though Laban sought to thwart Jacob’s efforts, God overcame the evil in Laban to allow Jacob to prosper.

A Lawyer Wins A Major Court Case Through Prayer

Can the spiritual really impact the physical through prayer?  My lawyer friend from Nigeria tells a personal story of how he was preparing for an important case. He knew that he must be prepared to argue five separate points. He was to appear before his country’s supreme court, so it was a very important case.

As he neared the time in which he was to go to court, he began to pray about how he was to argue the case. He spent much time in legal preparation and intercessory prayer. As he went to court, the Spirit spoke to him and said, “Do not argue point one, point two, point three, or point four. Only argue point five.” Imagine my friend’s struggle of faith. If he were reading this wrong, the shame and professional fallout would be devastating.

The time had come to present the case before the judge when my friend said, “Judge, I wish to withdraw points one through four. I wish to argue only point five.”

The opposing counsel stood up and objected. “Your honor, he cannot do that!”

My friend went on to present his case around point five only, and then sat down. When the opposing counsel stood to present his case, he stood speechless for 12 minutes. He could not get a word out of his mouth. He finally mumbled a few words and complained to the judge that he was going to have to yield. It seems that the opposing counsel had prepared to argue only points one through four, but failed to prepare for point five. The judge ruled in favor of my friend.

Give Your Donkeys to the Lord

I was speaking at a Christian business conference in Singapore when I experienced God’s directive in what I was to speak in an unusual way. It was the night before I was to speak a second time at the conference. All of a sudden, I had a thought pop into my mind that I was to include a teaching about Jesus asking the disciples to untie a donkey just outside Jerusalem so that He would ride it into the city for his triumphal entry. “I have need of that donkey,” said Jesus.  Donkeys represented commerce in the bible and Jesus used a something that represented commerce to ride into the city. God wants to use our “donkeys’ to perform his work in and through our lives in the marketplace. So, that night I went back to my room to incorporate this teaching into my message.

The next day my wife Angie and I sat down for breakfast. Maggie, an intercessor from Malaysia sat next to us. Maggie had prepared for this conference by fasting and praying for 40-days. I asked Maggie, “has the Lord spoken to you about this conference?” “Oh, yes,” she said. “He told me that the Singapore business people were to give their donkeys to the Lord.” I looked at Angie in amazement! That day was the day of commitment for the Singapore business people. It was a day for them to give their “donkeys” to the Lord.

So, how about you? Do you get your strategy from God or from your own reasoning?

The Greeks gained wisdom by reason and analysis. The Hebrews gained wisdom through obedience. “The fear of the Lord is the beginning of wisdom” (Ps 111:10).

So much of the body of Christ today is directed by reason and analysis instead of listening to the voice of God.

Today, ask God for the strategy for success in the work He has called you to do.

DISCUSSION: Do you get your business strategy from God or from your own reasoning? (CLICK to comment in our LinkedIn Group)

Os Hillman is the president of Marketplace Leaders, an organization whose purpose is to help men and women discover and fulfill God’s complete purposes through their work and to view their work as ministry. In the past, Os owned an advertising agency, and is now an internationally recognized speaker on the subject of faith at work. He is the author of 18 books and a daily email devotional called TGIF Today God Is First which has nearly two hundred thousand readers in 104 nations. Os has been featured on CNBC, NBC, LA Times, New York Times, and many other national media as a spokesperson on faith at work. http://www.MarketplaceLeaders.org