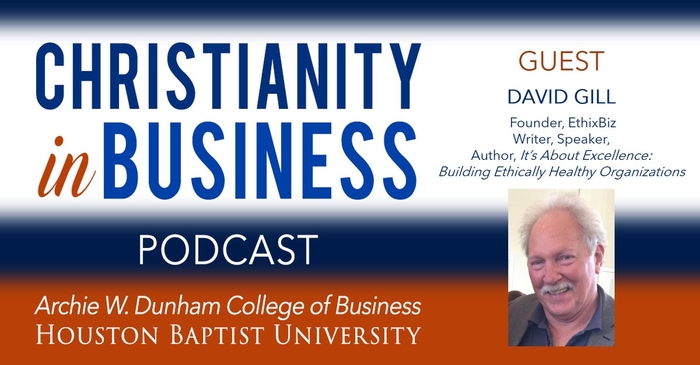 There’s more to business ethics than not doing the wrong things.

David is a writer and speaker based in his hometown, Oakland, California. He recently retired from his position as Mockler-Phillips Professor of Workplace Theology & Business Ethics and Director of the Mockler Center for Faith & Ethics in the Workplace at Gordon-Conwell Theological Seminary in South Hamilton and Boston, Massachusetts (2010 – 2016). Prior to this, he served on the faculties of New College Berkeley (1977-90), North Park University (1992-2001) and St. Mary’s College (2004-2010). He is a graduate of the University of California, Berkeley (BA 1968), San Francisco State University (MA 1971), and University of Southern California (PhD 1979). He is the author of seven books including a two volume introduction to Christian ethics: Becoming Good: Building Moral Character and Doing Right: Practicing Ethical Principles (InterVarsity, 2000 & 2004) and a general market business ethics book, It’s About Excellence: Building Ethically Healthy Organizations (Wipf & Stock, 2008/2011).