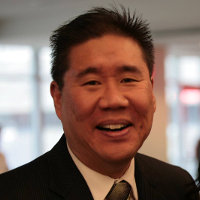 What is God’s perspective on success?

Dr. Michael Chung received his Bachelor of Science from Ohio State University, his MDiv from Trinity Evangelical Divinity School, and his Ph.D. from the University of Nottingham. He has taught New Testament, Old Testament, and Theology at Houston Baptist University has taught New Testament and Christian Formation at Fuller Theological Seminary in Texas and has taught overseas in Indonesia. He was a missionary from 1999-2002 in Asia and was on CRU staff from 1997-2005. He has been a contributor to the Center for Christianity in Business blog since 2014.