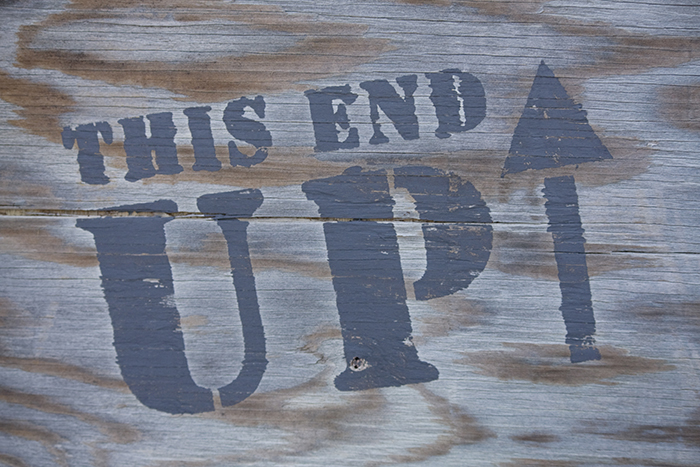 As most things do, it started at the beginning. I caused my mother a lot of pain, and I didn’t even care. How could I? It was the day I was born. My head entered the world first, not my feet. Upside down I stayed, in a figurative sense, for most of my life.

To achieve the joy a new baby brings, my mother had to endure the pain of childbirth. To discover the joy life can bring, I had to endure the pain of backwards priorities.  My “upside down life” didn’t feel like pain, not in the sense my mother must have experienced, but like life. My way of living was endorsed by social norms. It was considered a success. It achieved approval and affirmation. It was one in which I could check off all the right boxes.

It made me happy and satisfied, this life. My ego was pleased with what I had achieved. But, there was a catch. As observed and aptly described by President Calvin Coolidge, “No person was ever honored for what he received. Honor has been the reward for what he gave.” Maybe I had the goals of life all wrong?

My “upside down life” was typical for any aspiring and ambitious businessman.  I was intense about achievement and passionate about business. I worked to build an impressive resume. I was cautious not to say or do anything that could derail my career. I believed that how I looked and dressed would strongly influence my likeability.

My scorecard was based on money and position. During the first ten or fifteen years of my career, I plotted my annual salary on a graph—the typical engineer’s approach—and was disappointed when I saw the curve begin to flatten. I joined Toastmasters and spent four years honing my presentation skills, since I knew they were important to my success. I brought work home. It all seemed right and good, but I now understand it wasn’t all there is.

Around the age of sixty, I acknowledged I was mortal. I began to recognize there were things I might later regret, things that were more about who I was, not what I had accomplished. These gaps in my life could result in wishing I could change the past.

I know that some of my potential regrets are ones that Nurse Bronnie Ware uncovered in her 2013 interviews with patients near death. Fortunately, I still have time to minimize their impact.

Other regrets some people have I will not suffer. I pursued my aspirations and dreams, I had children, I took care of myself, I saved enough for retirement, and I realize happiness is a choice.

To keep my life “right-side up,” I focus on a few things:

Even though my life was a bit unbalanced, I am happy with the journey I’ve made.  Maybe I should have reached my conclusions about life sooner, but maturing is a slow process. Experience is the only true teacher and the ego is hard to disregard.

My writing, and my life, are aimed at living life “right-side up,” and keeping in mind that “Our greatest fear should not be of failure, but of succeeding at things in life that don’t really matter.”

Doug Gehrman teaches transformational leadership at Houston Baptist University. He had a 40-year corporate career in energy and financial services. He can be reached at dbgehrman@hotmail.com.