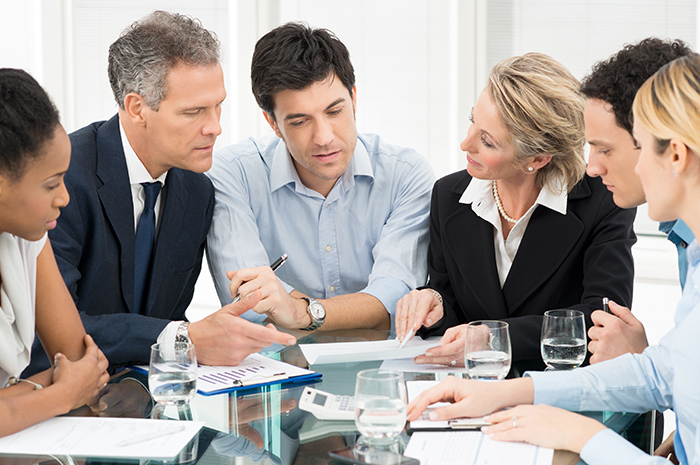 Communication is the basic foundation for all human connection.  There are moments in a relationship, institution, or organization that are vital in taking the next step of progress and carry a disproportionate amount of influence.

Human and corporate destiny can rest on the ability of individuals to communicate what they are thinking and feeling to others who can appropriate change.  Based on the 2014 Willow Creek Leadership Summit, Jospeh Grenny and associates have argued for “Crucial Conversations,”[1] defined as “a discussion between two or more people where stakes are high, opinions vary and emotions run strong.”[2]

During the 2014 Willow Creek Leadership Summit, Grenny claimed for three aspects that effect moments more than others:[3]

Grenny said, “The effect of how you behave in these moments carry on long past the moment itself has passed. And how we approach those conversations has everything to do with whether we prepare for and anticipate them.”[4] Is your organization, institution, or relationship “stuck” or in a rut? One must ask: “What crucial conversation are we not holding or not holding well?”[5]

For example, imagine you are working for a boss that clearly needs to have a crucial conversation on the subject of how things are being run. The business is functional but if a specific change can occur in the leader’s style, even more effectiveness will be produced and a healthier culture will result.

But the problem is that no one is willing or courageous enough to tell this person in charge that they need to do a few things differently and rather than making the him/her aware of their short coming(s), everyone remains quite and nothing changes. The organization continues on as usual when it could have taken a step of growth to become better. This in a nutshell illustrates why crucial conversations are essential. Whether or not it is in business, education, athletics, matrimony, or relationships, crucial conversations are necessary for progress.

Help the other party/person know that you care about their interests and     goals, almost as much as they do. This creates the condition of mutual purpose. (This won’t work, obviously, if you don’t actually care.) Create mutual respect, let them know that you care about them. How do you create mutual respect when someone is behaving poorly? Remember that people never get defensive about what you’re saying; they become defensive because of why they think you’re saying it. So take some time to purify your intent beforehand, and remember that your half of the conversation is only about you.[6]

1. She was Samaritan, considered a half-breed between Jew and Assyrian. Jewish people hated Samaria so much that in their travels, they would rather travel around Samaria at great inconvenience rather than travel through.
2. She was woman, in those days considered lower than a man and some placed women just a little higher than animals.
3. She was a multiple divorcee, Jewish cultured allowed for maybe two or three divorces but this woman had five.
4. She was immoral; in addition, the man she was living with was not her husband further making her disrespected among the Samaritans who were already looked down upon.

When Jesus approaches her at the well he:
a. Talks to her without condemnation having her best interests in mind (4:7-26).
b. Uses what is common between them to communicate his point, in this case, water from the well (and later “water that you will never thirst” 4:10-14).
c. Jesus is not coy about the issue, he confronts her honestly that she is currently living with someone who is not her husband, the fact that Jesus states he is Messiah implies a need for repentance (4:16-18, 26).
d. Jesus encourages her to take a new path, in this case, give her heart to the true Messiah and not men (4:21-26, 39-42).

In having this crucial conversation with the woman at the well, this lonely hurting woman has her life changed and is used to bring many into the kingdom (4:39-42).

Contrast with another crucial conversation Jesus has with the “rich young ruler” in Mark 10:17-31; Matthew 19:16-30; Luke 18:18-30. The result did not go as well. The young man wanted eternal life and Jesus, in a multi-stage approach, told the rich young ruler that his wealth was preventing him from inheriting it, but unlike the Samaritan woman at the well, the ruler could not give up what he was holding unto for security.

Michael Chung currently teaches Bible and Theology at Houston Baptist University. He can be reached at  mikechung330@gmail.com