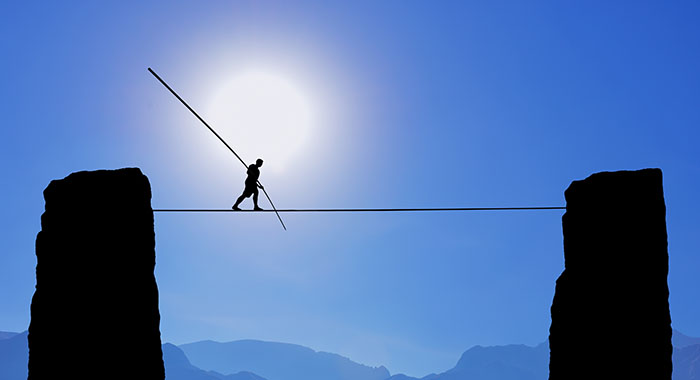 Graduating from college is meant to be an occasion to celebrate. Unfortunately for many graduates, it is also a somber reminder that it is time to pay back what they owe. According to the Wall Street Journal, the Class of 2014 is the most indebted class ever (“Congratulations to Class 2014, Most Indebted Ever” WSJ 5/16/2104). Over 70% of these graduates left school with student loans averaging a crushing $33,000. Student loans remain the fastest growing category (up over 360% since 2003) of U.S. household debt. Total U.S. household debt, on the other hand, grew 61% between 2003 and 2013 (“U.S. Household Debt Increases” WSJ 5/13/2014). According to one report (www.gobankingrates.com, 9/10/2013), the average American is more than $225,000 in debt with many having less than $500 in savings.

In a society in which a certain perceived standard of living is regarded as a right of citizenship, and where the incentive to borrow is cemented by historic low interest rates and the prospect (even if illusory) of continued economic prosperity, the decision to go into debt often escapes serious scrutiny before the borrower signs on.  To many, the question is not whether, but how much, to borrow, taking on presumptions upon tomorrow which may or may not be realistic. The Christian may face the additional conundrum of whether indebtedness is biblical at all, but the fact that everybody (from individual believers to congregations) is doing it often dispels any remaining doubt.

It may be comforting for many Christians to know that the Scripture does not prohibit borrowing. It is clear from both Old and New Testament passages that the practice of lending/borrowing, even at interest (whether in currency or in kind), seems to be accepted business procedures (Deut. 23:19, 2 Kings 4:1-7, Matt. 25:27, Luke 16:7-9). But given the fact that the vast majority of debt in biblical times were incurred by the poor or needy to meet basic consumption needs, the proper context of loans in God’s word is more like an act of love. As a result there is clear advice regarding the pledge of security (Deut. 24:6, Prov. 6:1), the need for release (Deut. 15:1-6), the evil of usury (Lev. 25:37), and the risk of enslavement (Prov. 22:7).

In today’s modern economy our needs have grown much beyond basic day-to-day consumption. For example, by deferring consumption we can lend relatively safely for a positive rate of return and borrow (leverage) to invest in increased productivity, contributing to a higher standard of living for all. Savings to build a retirement nest egg and borrowing to earn an education illustrate the point. For the modern Christian facing a confusing array of needs and wants, what could be sensible instructions on borrowing based on the Scripture? I suggest the following guidelines (acronym “PASS”) which adhere to the general biblical principles of stewardship and a purpose driven life:

Profitability (P)
A borrower’s ability to repay a loan with interest is undergirded by the accretive purpose of borrowed funds. The use of credit is to enhance, or leverage, the potential return of an investment. A loan purely for the purpose of current consumption, such as a vacation or a new entertainment system, does not leverage, but one that augments future productivity, such as a college education or a new stamping machine for a machine shop does. Because credit card usages are primarily for services and ongoing consumption needs, to incur cumulative credit card debts requiring recurrent interest payments is not advisable. In contrast, our primary residence and private transportation means could be viewed partly as capital investments as they do contribute to our ability to lead and grow a productive work-life. Home mortgages and auto loan for the family car can perhaps be justified to the extent that most people would find it difficult to acquire these assets with savings alone.

Affordability (A)
The primary obligation of the borrower is to repay the debt in full. According to Scripture, it is wickedness when one fails to do so: “The wicked borrows and does not pay back, but the righteous is gracious and gives” (Ps. 37:21). A prudent calculation on affordability will make sure a baseline discretionary cash flow (after budgeted giving, savings, and necessary expenditures but before debt service) is sufficient to service the debt until its maturity. If affordability is marginal, but the debt serves a good purpose, then the borrower should make sure there are enough assets that can be sold to repay the debt if necessary. Prudence in this context is to ensure plentiful margins so that one does not fall into insolvency.

Speculation’s Folly (S)
It is paramount to consider the ability to repay a loan in unconditional terms, without making presumptions upon an uncertain future. The Book of James speaks to the folly of speculating about the future and the wisdom of a purpose driven life:  “… you do not know what your life will be like tomorrow. You are just a vapor that appears for a little while and then vanishes away. … you boast in your arrogance; all such boasting is evil. Therefore, to one who knows the right thing to do and does not do it, to him it is sin” (James 4:13-17). It is “arrogance” when people think they can somehow force square pegs into life’s round holes or trust in their ability to restack life’s circumstances to bring about favorable outcomes. If a loan requires picking up a second job or putting the spouse or a child to work, then it would be wise to first seek spiritual affirmation regarding whether the debt is consistent with God’s purpose for our life. The same can be said about one’s tendency to rely on the speculative future appreciation of assets to justify their acquisition with debt (example: flipping houses for profit during the 2008 financial crisis). We need to be reminded that a first principle of assuming debt, as laid out in the Pentateuch, is that such a transaction needs to be pleasing to both God and man. Despite the vast difference in economic circumstances between now and Biblical times, the Godly wisdom about lending and borrowing never changes.

Stewardship (S)
Stewardship is all about serving our master for the best of His interest. With respect to resources entrusted to us by our heavenly Father, Jesus’ Parable of the Talents (Matt. 25:14-30) is most revealing. The wicked servant was rebuked and punished for his laziness, for failing to earn a minimum, risk free rate of return in bank interest. The faithful servants were praised and rewarded for their willingness to invest prudently and make a return over and above the opportunity cost of money (the bank’s interest rate), which required discernment and some risk taking. How is this principle applied to the taking on of debt?

If we have discretionary resources that are generating a certain rate of return and a new investment opportunity arises. Is it prudent to fund this new opportunity with debt instead of the existing resources? The simple answer is yes if the cost of borrowing is less than the rate of return earned on the existing investments. The more complete answer will depend on the riskiness of the new opportunity, the terms of the loan, and the predictability of the returns on the existing investments. What is reasonable to say is that it is not always true to the statement “never borrow if you can afford not to.” What is important is that we put God’s entrusted resources to profitable use with wisdom, and all the guidelines discussed in here, nicknamed “PASS”, should be considered in their totality and not in isolation. Only in that way can we be wise users of debt.

Ernest P. Liang teaches finance and economics and directs the Center for Christianity in Business at Houston Baptist University. Before HBU, he spent 25 years as economic consultant and senior financial executive with Fortune 100 and investment advisory firms. He can be reached at eliang@hbu.edu.